Instant Games have become a popular pastime, allowing friends to play light games with each other in their messaging apps. And Facebook has decided to migrate Instant Games play sessions from Facebook Messenger to Facebook itself and the Facebook Gaming tab.

The company will move the gameplay sessions in several stages, said Leo Olebe, global director of games partnerships at Facebook, in a blog post.

The goal is to make Messenger into a faster, lighter, and simpler app. And Facebook wants to turn Instant Games into a central experience on Facebook.

“Starting later this summer, Instant Games will no longer be playable directly in the new version of Messenger on iOS,” Olebe said. “To ensure a smooth transition, players in Messenger will continue to access games through thread updates and chatbots, while gameplay itself will app switch to Facebook.”

The company will kick off initial tests this month to collect insights and feedback from the community. The goal is to minimize disruptions to both developers and players, and maintain overall game health as the migration begins. 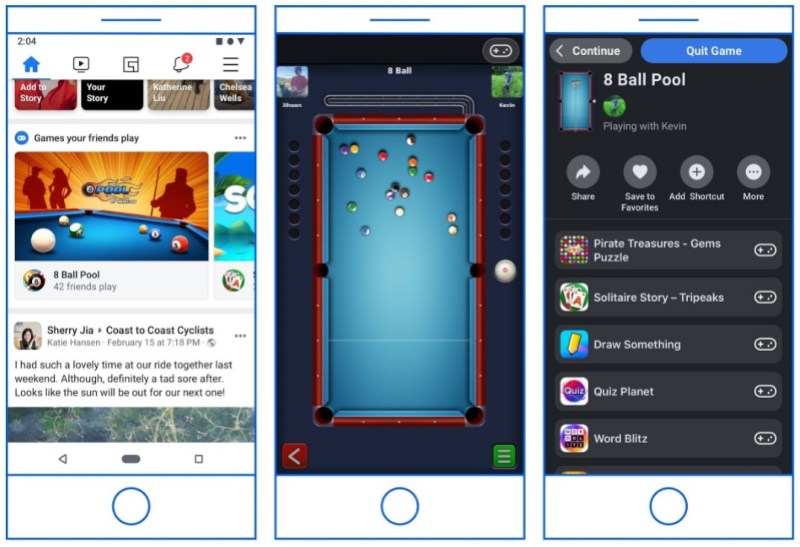 Above: You can now play Instant Games on the Facebook Gaming tab.

He added, “We believe deeply in the value that playing games instantly on Facebook can deliver for both developers and players. Along with building new Instant Games features for the Gaming tab, we recently increased the number of people eligible for the Gaming tab based on Instant Games activity, and we’ll continue to expand this audience over time. We’re continuing to expand the global Facebook Gaming team, we’re teaming up with publishers to create new games, and we are continuing to work with HTML5 engines such as Phaser.”

Facebook is also implementing an application process for new developers to submit games on the platform. The application process will require new developers to complete Business Verification and provide their Apple Developer team ID prior to submitting their games for review, while previously developers could submit games prior to completing Business Verification and providing Apple Developer team IDs. Upon approval of their application, developers new to the platform will then be able to submit Instant Games for review.

With this application process in place, Facebook will reopen reviews for new games on the platform in the coming days. Any developers new to the platform who have been awaiting review of their games will need to first fill out the application before their games can be reviewed, and will receive instructions in their developer dashboard soon on how to do so.

Olebe also said the company will continue to maintain and enforce current policies as well as explore new policies to ensure the games are fun and safe for all players.