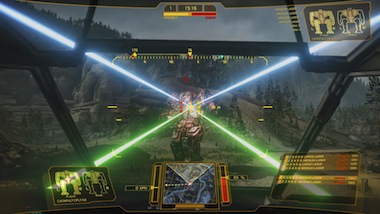 Mechwarrior 5: Mercenaries is now launching December 10. This is a slight delay for a game that Piranha intended to launch in September. The studio noted that a major reason for the delay is that window of time is now filling up with major launches that it doesn’t want to compete against. I mean, who wants to compete against NHL 20, am I right? OK, Piranha is likely talking about Gears 5, Borderlands 3, The Legend of Zelda: Link’s Awakening, and major DLC for Destiny 2 and Monster Hunter.

As part of the delay, Piranha is planning to add even more polish to Mechwarrior 5. But that’s not the only news here. The studio also revealed that the sci-fi mech simulator is now exclusive to the Epic Games Store for one year.

Why Mechwarrior 5 is exclusive to Epic Games Store

This exclusivity agreement is part of Epic’s effort to build an audience on its gaming platform to compete with Steam. And Piranha says that the money it’s getting from Epic as part of its deal is going to make the game better.

“Partnering with Epic gave us the ability to delay our release to early December so that we could make the quality of game we desired as well as the financial footing to make sure MechWarrior 5: Mercenaries could be properly localized with a significant marketing effort,” reads a post in the Mechwarrior 5 FAQ. “We also feel very strongly about discoverability and believe that MechWarrior 5: Mercenaries has a greater chance of market success on the Epic Games store.”

By design, the Epic Games Store has far fewer releases than Steam. It also provides a better revenue split where Epic takes just 12% of every sale. Steam takes 30% for games until they generate $10 million. It then reduces its cut to 25 percent. After $50 million, the cut drops to 20 percent.

While the discoverability and better revenue split are attractive to developers, Epic chief executive Tim Sweeney has said that it’s really about the upfront money. A developer like Piranha has worked hard for years on Mechwarrior 5, and Epic is providing some guaranteed revenue. Why would it pass that up?

Well, one reason a developer might pass up the Epic Games Store is because so many PC gaming fans seem to dislike it. Each time a studio reveals they have made an exclusivity agreement, you can count on a backlash. But you can also count on studios to follow a playbook on how to handle these outbursts.

Piranha already has already set up its website to answer every possible question about its deal with Epic (except for how much the deal is for — no dev shares that info). The studio notes that a closed beta is still coming, but now it’ll start November 5. The exclusivity is for one year. Cooperative play will still work like the studio previously detailed. Epic Games Store doesn’t have mod support like Steam’s Workshop, but that is apparently coming in early 2020. At that point, Mechwarrior 5 will integrate that functionality.

And yeah, if you want a refund, you can get one.

“Fans looking to obtain refunds from their pre-order of any tier are able to do so by September 1,” reads the FAQ. “Pre-order refunds of any tier will be refunded in full.”