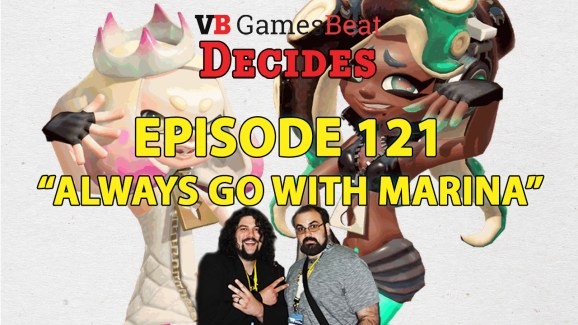 Chaos is better than the cops.

GamesBeat Decides is with you once again to talk about surprising cooperative games and the correct Fire Emblem house. On this week’s episode, reviews editor Mike Minotti scolds PC gaming editor Jeffrey Grubb for siding against Splatoon 2’s Marina in the shooter’s last Splatfest. But no way was Jeff going to side with the cops on Team Order over Team Chaos. The crew also talks a bit more about Fire Emblem: Three Houses before jumping into an explanation of Wolfenstein: Youngblood and 198X.

In the news, Nintendo is doing the right thing to fix its Joy-Con issues. All it took was the looming possibility of a class-action lawsuit. Blizzard steps in it with its explanation for Sigma’s feet. And Marvel Ultimate Alliance 3 is selling well.

Here are all the games we talked about