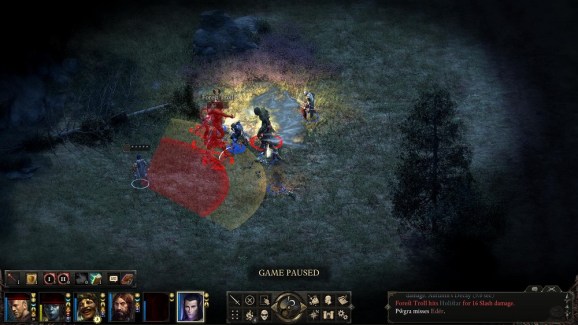 While you end up using violence to solve too many quests in Pillars of Eternity, I don't mind slaying trolls, though.

Versus Evil and Obsidian announced today that Pillars of Eternity: Complete Edition is coming to Nintendo Switch on August 8.

Pillars of Eternity is a role-playing game that came out back in 2015 for PC. PlayStation 4 and Xbox One versions followed in 2017. A sequel, Pillars of Eternity II: Deadfire, debuted in 2018. It is also coming out for Switch on August 8.

This version of the original will cost $50 and comes with all the updates that released on PC and The White March: Parts I & II downloadable content.

Obsidian has a reputation making notable RPGs, including Knights of the Old Republic II and Fallout: New Vegas. Microsoft acquired the studio in 2018.