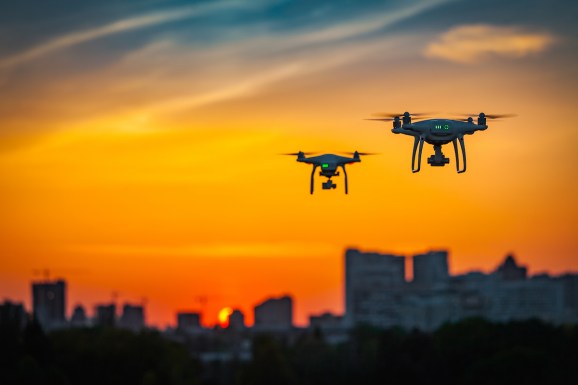 The Federal Aviation Administration (FAA) today introduced an update of B4UFLY, its app for helping pilots and less experienced operators ensure drone flights are safe and compliant with federal law.

The previous version of the app made it confusing at times to understand whether it’s legal to fly a drone, but the update, led by drone company KittyHawk, makes it easy to understand if it’s OK to fly with commands like “Good to Go”, “Warning”, and “Do Not Fly”, a trio meant to give users a red, yellow, or green light.

Real-time information from the FAA is also incorporated into the app, such as temporary flight restrictions near airports or stadiums as well as more permanent airspace restrictions placed on flight around critical infrastructure, airports, national parks, or military training routes.

B4UFLY is available for download on iOS and Android smartphones. More than 700,000 people have used B4UFLY since its release in 2016. Plans to upgrade the app were initially announced in late February.

Apps like B4UFLY will be crucial as airspace becomes more crowded with drones and other flying machines. The FAA is currently conducting experiments with public and private partners as part of its Unmanned Aircraft System Integrated Pilot Program (UAS IPP). Experiments underway include drone usage to combat mosquitoes in Florida as well as food deliveries by Uber and 5G amplification by AT&T.

As part of the program, the San Diego Fire Department and Chula Vista Police Department are also deploying telepresence drones to get a view of emergency situations before vehicles on the ground can reach the scene.

In recent advances in commercial services via drones, Alphabet’s Wing began to make deliveries in Australia earlier this year and Finland this summer, while Amazon plans to begin trials of its latest Prime Air delivery drones in the coming months.