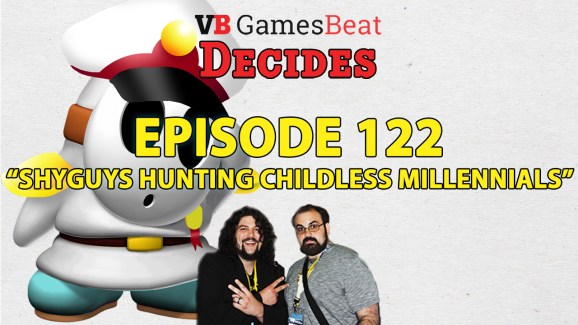 The Shyguys will find anyone at Super Nintendo World who doesn't have children.

Summer has broken — at least as far as video games are concerned. That means we finally have a lot of news to talk about on the GamesBeat Decides podcast. On this episode, GamesBeat reviews editor Mike Minotti and PC gaming editor Jeffrey Grubb talk about Ninja defecting from Twitch to Microsoft’s Mixer. Mike also uses his insider connections to give the lowdown on Universal Studios’ Super Nintendo World theme park.

The GamesBeat Decides team also still has a lot to say about Fire Emblem: Three Houses. Jeff’s playing on hard mode, and he wants everyone to know how cool he is. Mike, meanwhile, is spending some time with the new Hero character from Dragon Quest in Super Smash Bros. Ultimate.

Here are all the games we talked about