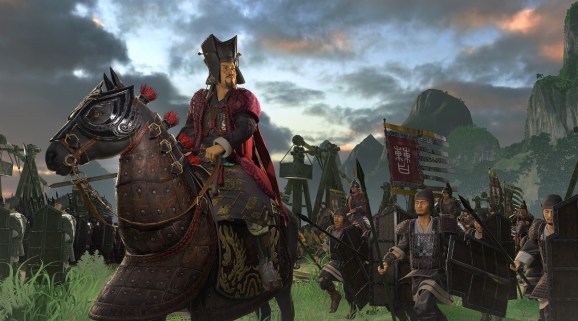 The Creative Assembly announced today that it is partnering with NetEase to bring its Total War franchise to China.

Total War is a series of strategy games that started in 2000 with Shogun: Total War. The franchise now includes 13 titles, with this year’s Total War: Three Kingdoms representing the newest installment. Three Kingdoms takes place in China during the Han dynasty. It sold over 1 million copies in its first week.

China has become a giant market for gaming, but it can be hard for outside studios to get in. That’s why they need to partner with Chinese companies to bring their games to the country. This deal will also include bringing the upcoming Total War: Elysium, a PC and mobile collectible card game, to China.

“NetEase is very pleased to work with Creative Assembly, a leading game developer in the strategy games genre, to bring the critically acclaimed Total War series to players in China. We see great potential in this long-term strategic partnership,” said Ken Li, vice president of NetEase, in a press release sent to GamesBeat. “Since its initial release in 2000, the Total War Series has given players an extraordinary game experience, allowing them to feel the thrill and excitement of various historical wartime battles. This is exactly the type of high-quality content NetEase has been and will continue to offer our users.”

Creative Assembly is a division of Sega Europe.