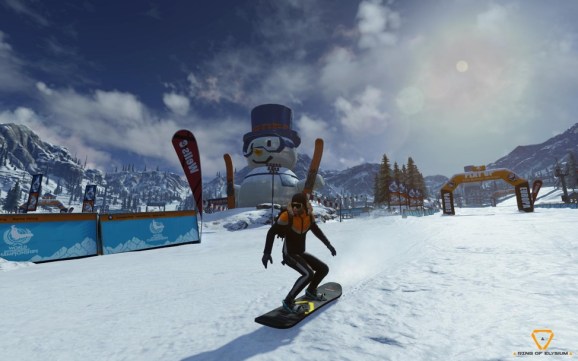 APAC mobile gaming brands are becoming mainstream. Not only are they setting trends globally, they are also winning big when it comes to revenue. What’s next? After achieving huge success in their home territories of China and South Korea (and to a lesser extent, Japan, as it’s long had a Western presence in mobile), the next step for these lucrative APAC gaming companies points to the West.

As we see an increasing number of APAC companies disrupting advertising in the U.S. and Tier 1 markets, we ask what this means for global advertisers and what they can learn from their APAC counterparts. Whether you are a mobile gaming developer or advertiser, here is what you need to know to help grow your gaming app.

What can we learn?

Having helped a number of trusted APAC developers within the casual gaming vertical run their mobile campaigns in Tier 1 countries, we can confidently state that there is no one-size-fits all. In order for a game to become successful, there is constant trial-and-error involved. However, there seems to be some common approaches that can be applied:

As mentioned, Chinese company NetEase is rising through the ranks in Japan with a number of games. What helped them break into Japan’s notorious domestic-dominated market? A strong marketing campaign that resulted in this growth, since NetEase was Japan’s top ad placer for smartphones by volume in the half-ended September, surpassing Japanese companies, according to Tokyo-based Video Research Interactive. In addition, Chinese studios are riding on the wave of their plentiful capital and using it to establish thoughtful development systems: for example, as part of their marketing strategies, many developers improve their games based on user feedback and ideas.

Also, targeting the right users at the right time is crucial. This rise in mobile gaming leaves consumers reachable by brands and advertisers when they’re in a comfortable environment. According to research by Tapjoy, consumers are more likely to pay attention to ads in mobile games (41%) than more ‘traditional’ ad placements on the internet (17%), in magazines (15%), and on billboards (15%). Despite consumers usually finding digital advertising annoying and intrusive, mobile gamers understand the role of ads in enabling games to be free – with 72% saying they actually enjoy interacting with ads in exchange for in-app rewards or content.

Traditional marketing and user acquisition campaigns may not be enough to stand out in this competitive market. Let’s take Tencent as an example: they dominate the esports scene in native China. Their initiatives engage users and bring them together — both online and offline. In APAC, there is already a strong focus on gaming communities, with tournaments being hosted regularly. Now they are expanding into hosting big gaming competitions in cities like Los Angeles and New York, helping their games make a splash in the U.S. too. To provide fans with a richer experience, developers are creating arenas that are designed for pro gaming, putting North America on closer footing with the east, where e-sports centers are prevalent  – reports the New York Times. It will also be a perfect spot for advertisers to reach their target users. South Korean studio Com2Us announced this week that the Summoners War World Arena Championship 2019 will be taking place this August in Paris, France, with a prize pool of  $210,000.

Another way that can help increase engagement is to create a social competitive environment within your games, where users can engage with fellow players. In APAC, there is an appetite for role-playing games, so it makes logical sense for players to fight each other within the game. Popular games like Tencent’s Z Day: Hearts of Heroes are player-vs.-player games that attract active, engaged gamers and which are based on “alliance” — fostering the engagement within the in-game and outside game community.

Meanwhile in the U.S., casual games — Candy Crush Saga on Android and Donut Country on Apple Store – were the most popular in 2018. While they can be played individually, you should find a way to encourage gamers to play together and share the in-app experience to impact engagement. We will see more of this with the rise of apps like Bunch, which enables gamers to play together through video chat on a smartphone.

APAC companies have a strategic and targeted way of running their campaigns, when dipping their toes into a new market. For example, a Chinese gaming company may employ these steps when looking to branch out overseas:

Between each phase, which could last from one to four months, they pick up on feedback from each market and any insights to improve their game, as they go along. This means that once they launch in the U.S. with an English version, they are confident that the game will perform well and they will acquire new users. Beijing-based company FunPlus, for example, are generating most of their revenue from games like Guns of Glory and King of Avalon in the U.S, where the average revenue per user is highest.

They also follow the logic of expanding to the closest countries first. Generally speaking, they prefer to test games in Tier 2 and 3 countries and observe the retention and churn rate, before opening up the game to Western markets. This specialized and targeted approach can be different from the US, where developers may focus solely on the English market before diving into APAC later. In essence: don’t rush it. Keep testing until you get consistent and positive results, then localize later.

Work with influencers to promote your games

Influencers have a stronger impact on mobile users than celebrities. According to HubSpot, 71% of consumers are more likely to make a purchase after seeing a product reference on social media. Moreover, 60% of users seek out and discover new products on Instagram, and 75% will typically take action, like visiting a website and visiting the app store.

The stereotype of the “gaming nerd” is no more, with gaming influencers being celebrated within the gaming scene on channels such as Twitch, YouTube and Stadia. In the US and Canada, it’s estimated that 1.3 billion people watch YouTube.

While making interesting content can be daunting, that’s exactly where influencers can be most helpful: when you collaborate with these influencers, you can get access to this highly engaged audience and your content earns credibility due to the friendly rapport these influencers have with their fans.

Sven is a seasoned ad tech expert and serial entrepreneur, having founded over 25 companies — including WeQ, Browsergames, AdEx, Onlineversicherung.de — across 15 different industries, with a range of these firms benefiting from extremely high profits.