3D Realms (née Apogee Software) helped usher in a new era of gaming in the ‘80s and ‘90s when it popularized the shareware model of distribution and produced hits like Duke Nukem and Shadow Warrior. While the legendary studio isn’t as big or popular as it once was, it’s managed to stay afloat in a volatile industry — and now, it’s ready to make its comeback.

According to founder Scott Miller, the 3D Realms of 2019 isn’t all that different from its heyday. The team is small, consisting of three owners and a pool of contractors located all around the world. They’re trying to get back to creating new franchises and working with indie developers to publish their games.

“We want to get back into indie publishing, sort of what like Devolver’s doing,” Miller said. “3D Realms actually used to work with [Devolver founders] Mike Wilson and Harry Miller, back when they put together the Gathering of Developers in the late ‘90s. … But to kickstart our company and get us back on the map, we’re doing these retro games, kind of going back to what we were known for in the ‘90s.”

One of those games is Voidpoint’s Ion Fury, a first-person shooter for PC that’s launching out of Steam Early Access on August 15. Ion Fury is built on Ken Silverman’s original 2.5D Build engine, the same game engine that 3D Realms used for Duke Nukem 3D and other titles.

But the company’s retro portfolio doesn’t stop there. It’s also working with KillPixel on Wrath: Aeon of Ruin, a fast-paced, ‘90s-style FPS built on top of another piece of old yet classic tech — Id Software’s original Quake engine. In both Wrath and Ion Fury, 3D Realms reached out to the developers directly and offered to help them expand their teams.

The studio has other games and partnerships in the works, but it’s focusing on just those two shooters for now.

“There seems to be a market for these sorts of throwback shooters that take us back to a simpler time. We’re making some headway with that,” said Miller. “We have other projects we haven’t announced yet that are using newer engines. We’re going from the ‘90s to the current era, slowly but surely, with our game designs and so on. We can’t compete with the triple-A studios nowadays, so like Devolver, we’re finding a market for games that the triple-A studios really aren’t focused on.” 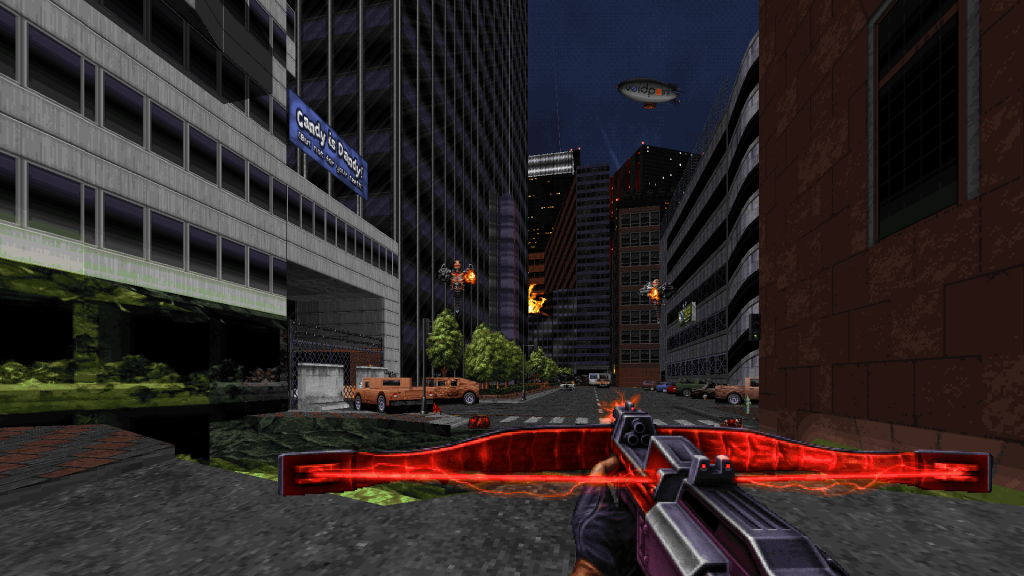 Returning to its roots

With its growing roster of indie developers, 3D Realms is channeling the early days of its history, like when it helped Id (by funding its first game Commander Keen) and Remedy Entertainment (with Death Rally and Max Payne) get off the ground. Both companies are still thriving to this day and working on highly anticipated games like Doom Eternal and Control. Miller hopes that their new partners will see similar success.

“That’s what we like to do. We like to find those undiscovered nuggets out there and help them build into their own successful companies,” he said. “We think we have a good eye for finding these talents out there that have yet to be discovered. We have the connections and the experience and all this stuff that we can use to help them, almost in a ‘Shark Tank’ way.”

While it’s easier than ever for people to make and release their own games (thanks to cheap or free game engines and easy-to-use digital storefronts), Miller thinks publishers can still be a valuable resource. Aside from providing funding, 3D Realms offers marketing support and can help creators release their games on consoles, which can be trickier than self-publishing on PC.

Before 3D Realms got involved with Wrath, for example, it was only being made by one guy: Jeremiah “KillPixel” Fox, who was using his own money to fund development. While a known modder in the Quake community, Fox had never made a full game before. The support from 3D Realms allowed him to build a team and focus on it full-time — to, as Miller said, “have it be the project he really envisioned from the start.” 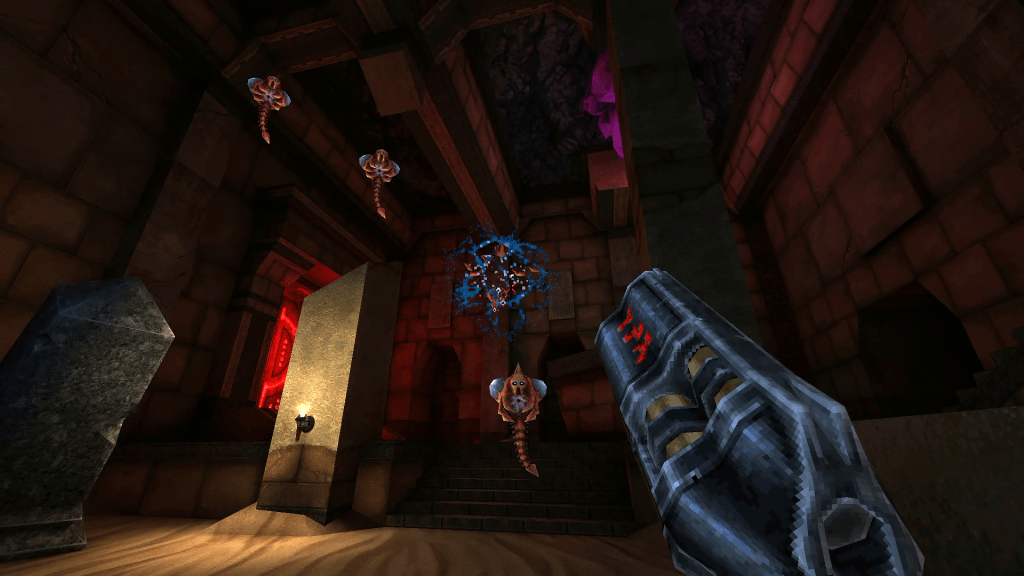 Above: Wrath: Aeon of Ruin

“Some of our other projects are coming up with new gameplay ideas that will make them stand out from the crowd. That’s what you’re going to see from us in the future, just really unusual gameplay ideas that maybe you haven’t seen before. Kind of like what bullet time was for Max Payne,” said Miller.

But the company wants all of its published games to share a common theme of having strong, original characters that live in intriguing universes. The thinking is if they’re successful, the developers can turn them into big franchises and explore additional stories with sequels and spin-offs.

“We like to have games where we create a central character, like Duke Nukem or Max Payne or Prey. … With the Ion [Fury] franchise we have a character named Shelly Harrison. Her military codename is Bombshell. That’s a character we’re developing,” said Miller. “We have a character in Wrath that we’re also developing, the Outlander.

“We like to develop backstories and think in terms of creating what I call a ‘storyverse,’ where we create this interesting world that these characters live in that can have many stories told within these worlds. We’re not just making a game. We’re making this storyverse, a story universe.”