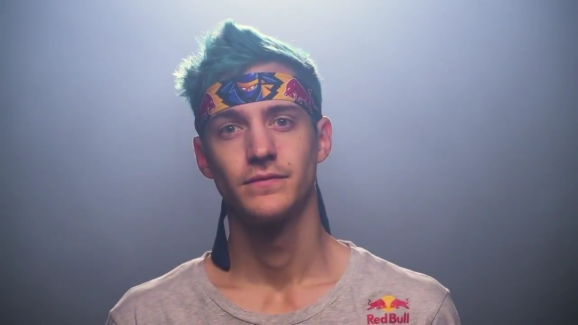 Ninja is livestreaming exclusively on the Twitch competitor Mixer now. Maybe you’ve heard. So far, it appears that his big move hasn’t slowed him down. In a post on Twitter, Tyler “Ninja” Blevins revealed that his Mixer channel has over 500,000 subscribers. He also has nearly 650,000 followers since launching his first stream on the platform on Friday.

Over the weekend, Ninja livestreamed himself primarily playing Fortnite live from the Lollapalooza music festival in Chicago. Those broadcasts attracted more than 3.8 million views in total. And he regularly had 60,000-to-100,000 people watching at any one time. That is right in line with his typical audience size on Twitch. It seems fair to say that much of his audience has followed him over to Mixer — at least in these early days.

This has also worked out to the benefit of Mixer, which has seen its downloads double on the mobile app stores.

Does Ninja on Mixer match Ninja on Twitch?

Ninja was one of the biggest channels on Twitch before he left. In March 2018, he told CNBC that he had between 200,000 and 250,000 subscribers. But while he has doubled that number on Mixer, this is not a fair comparison.

Mixer is enabling people to subscribe to Ninja for free during August with the press of a button. That is significantly less friction than even using the “free” Twitch Prime subscription that Amazon Prime members get each month. That requires you to log into both Twitch and Amazon and then run through a process to link those accounts.

It’s also not clear how much money that Ninja is getting from each of those subscriptions. Microsoft (which owns Mixer) and Ninja are not sharing the details of their partnership, but it seems likely that it includes a lot of guaranteed money. So many subscriptions don’t really matter all that much to him. That didn’t stop the livestream creator from tweeting about it, though.

Maybe Ninja is excited about this because it proves his move to Mixer was worth it on a creative level. While he had 10 million followers on Amazon’s platform, his number of subscribers dropped to an estimated 20,000 in July, according to twitchstats.net. That put him behind a number of other Twitch creators.

That’s not to suggest that Ninja’s popularity was waning. It seems more likely that he was losing subscribers because he was spending more of his time doing other events and promotions.

But now that Mixer is paying, Ninja has said that he is “getting back to the streaming basics.” And that is paying off. Now, let’s see if he ever stops excluding an entire gender because he doesn’t want to deal with certain issues.