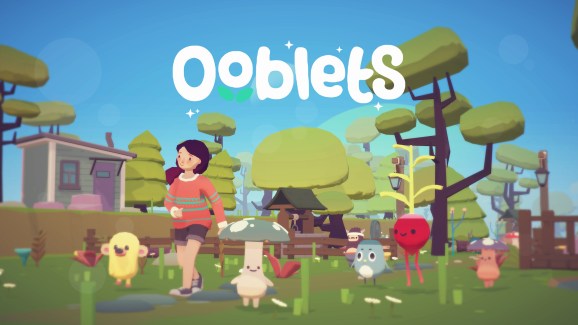 I have some issues with the Epic Games Store, but I’m done talking about them. I feel like my criticisms are fair and legitimate, but I no longer expect anyone involved at Epic to go through the pile to find the rare good-faith feedback. And yesterday, Epic issued a statement explaining it has noticed an uptick in misleading and false information regarding its store.

Epic’s statement starts off by praising the marketplace of ideas, but the company has noticed that something is wrong with said marketplace. It’s the same issue that has plagued most public discourse for the last several years: fake news. And the rate of misinformation increased in recent days following developer Glumberland posting an irreverent announcement about its plans to go exclusively with the Epic Games Store on PC.

“When everyone shares their earnest views, the best ideas ultimately prevail,” reads the statement. “[But] the announcement of Ooblets highlighted a disturbing trend [that] is growing and undermining healthy public discourse. And that’s the coordinated and deliberate creation and promotion of false information, including fake screenshots, videos, and technical analysis, accompanied by harassment of partners, promotion of hateful themes, and intimidation of those with opposing views.”

I’ve reached out to ask for specific examples, and I’ll update this story with any new information from Epic. But I don’t necessarily need Epic to point out the misinformation for me — the conspiracy theories are everywhere.

Epic haters are turning to conspiracy theories to fuel their outrage

Epic is slowly addressing many of the issues with its store. It recently launched cloud saves in a limited form, for example. This is taking away some of the ammo that angry Steam fans have turned to as part of their efforts to paint Epic Games Store as significantly worse than Valve’s portal for purchasing games.

And sure, Epic can work toward feature parity with Steam, but people are still mad. That has led to many Epic haters conjuring up unproven claims that Epic can’t really do anything about.

Literally no one cares about "another launcher". It's the spyware, selling data to the Chinese government, leaking users credit card info, unethical bribes, etc that makes people despise Epic.

The most common conspiracy theories that I’ve seen are like the ones in the tweet above. They claim that Epic uses spyware, works with the Chinese government, or leaks personal information like credit card info. Many people also attempt to characterize Epic’s exclusivity contracts as “bribes.” But those people don’t know what the word “bribe” means.

Epic chief executive Tim Sweeney sometimes replies to these claims and says they are all false. But the burden of proof isn’t on him.

A lot of the criticisms against Epic come from a place of racism. Chinese megacorporation Tencent is one of the biggest gaming companies in the world, and it owns approximately 48% of Epic Games. This is where a lot of the “spyware” and “selling data to China” claims come from. They have no basis in reality, and honestly they don’t even make sense.

If Tencent wanted to steal data, it could just buy the exclusives for its WeGame platform, which is similar to Steam. Why would Tencent run its data-collecting ruse through an American company that it doesn’t even have full control of?

This is the same ignorance that fueled health-food scares around Chinese cuisine in relation to harmless additive MSG. But no one who brings up these concerns actually cares about them. And they have no interest in proving them. The Epic haters know that China is kinda scary, and they can use that in their crusade against the company.

This is an ends-justify-the-means mentality, and it is having real costs for actual human beings. Ooblets was a relatively small game. It has around 1,100 supporters on Patreon. But a lot more than 1,100 people have sent angry messages to the two-person Glumberland team. Epic haters have found that it is the latest battlefield in their ongoing war, and it doesn’t matter that they didn’t really have interest in the game before any of this happened.

“This whole thing has just devastated us,” Glumberland devs Rebecca Cordingley and Ben Wasser wrote in a message to their Patreon supporters. “We’ve been getting thousands — if not tens of thousands — of hateful, threatening messages across every possible platform nonstop. It’s especially hurtful since we’ve had such a positive, supportive relationship with our audience throughout development.”

For its part, Epic has said it’s going to keep making these deals and doing what it can for devs who experience the wrath of the gaming community. Glumberland is not the first to go through this. Developers Gearbox Software (Borderlands 3), 4A (Metro: Exodus), and Ubisoft (The Division 2) all went through similar backlashes. The outbursts against Glumberland seem more intense, however, because it didn’t attempt to coddle angry Steam fans.

“Epic is working together with many game developers and other partners to build what we believe will be a healthier and more competitive multi-store world for the future,” reads Epic’s statement. “We remain fully committed, and we will steadfastly support our partners throughout these challenges. Many thanks to all of you that continue to promote and advocate for healthy, truthful discussion about the games business and stand up to all manners of abuse.”