Jam City has launched a new mobile game, Vineyard Valley, where your goal is to solve a series of puzzles and unravel a mystery in a bid to restore a run-down vineyard.

The game invites players to renovate the Tangled Vines Vineyard and restore it to its former glory. Players are joined by a diverse cast of characters who will work together to uncover secrets and mysteries in the game.

Jam City’s game is an attempt to level up the narrative engagement in mobile games — something that the company learned while making its recent mobile title Harry Potter: Hogwart’s Mystery, said Chris DeWolfe, CEO of Jam City, in an interview with GamesBeat.

It blends multiple gameplay mechanics, a focus on characters and storyline, social features, and aspirational interior design choices. Vineyard Valley is now available in the App Store and Google Play. 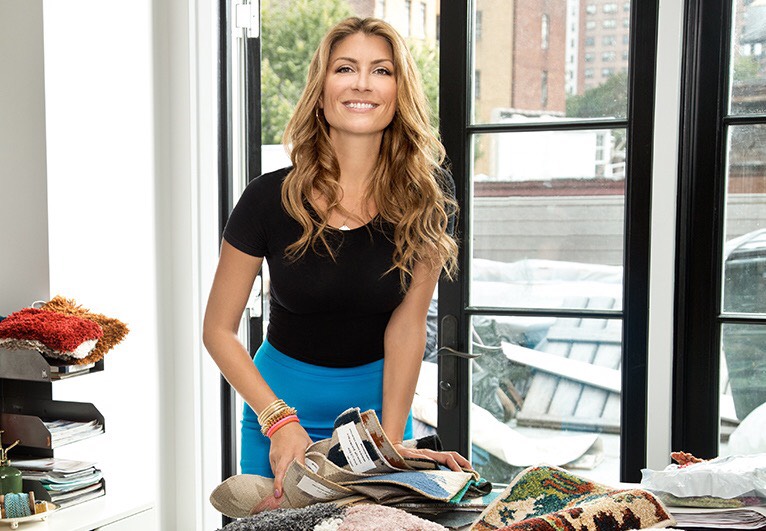 Jam City also announced it has partnered with Genevieve Gorder, celebrity interior designer and Emmy-nominated television personality (Netflix’s Stay Here, Bravo’s Best Room Wins, and TLC’s Trading Spaces) on Vineyard Valley. Gorder collaborated with the game development team to bring her expertise to the interior designs and renovation opportunities in the game. She developed design looks and furniture packs that reflect current trends in interior design which will be available as upgrades within the game later this year. Gorder will be featured in-game events where players can shop her design picks to customize their own Vineyard Valley resort.

“We’re really super proud of the way we took our storytelling and narrative experience from Harry Potter and married that with our puzzle collapse mechanics,” said DeWolfe. “To make sure the game was aspirational and authentic, we partnered with Genevieve Gorder, who is a world-renowned interior designer. She has a lot of experience in designing through TV shows.”

Players will beat challenging blast puzzle levels to design and renovate the vineyard resort. They will team up with a lovable cast of unpredictable characters, and uncover secrets and mysteries from the Tangled Vines’ past and complete quests to grow a catering business into an acclaimed destination resort. 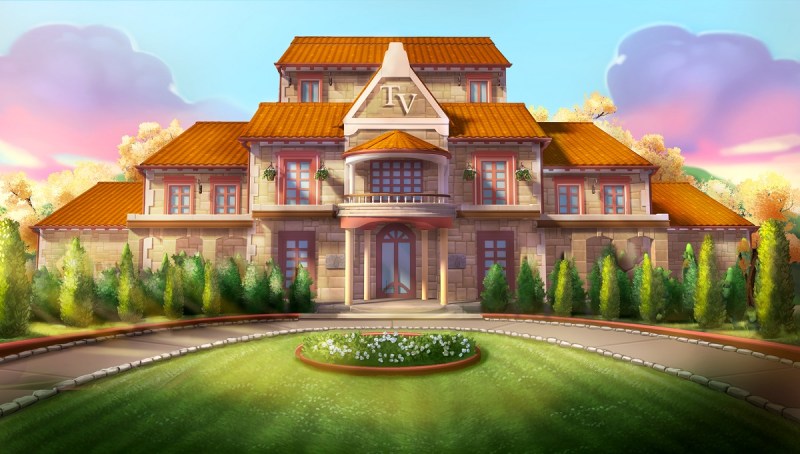 Above: Tangled Vines is a vineyard in Vineyard Valley.

“Partnering with Jam City on Vineyard Valley was such an incredible invitation. I’ve been playing mobile games for years, and to work on one is a dream. Collaborating with the development team and merging current home aesthetics into a mobile game has been a project in my imagination for years. I hope this is just the start of a very long marriage with Jam City,” said Gorder, in a statement. “This is the first game I’ve played that entertained me with a real design aesthetic. The renovation choices are higher-end and designed, and because of that, the game feels aspirational. I haven’t seen anything like it in this genre before.”

Jam City built the game over a couple of years with a small team from a mix of its different studios. Over time, it is likely to ramp up to 40 or 50 people out of Jam City’s team of nearly 700. The game has 10 chapters with more than 200 levels at the outset, and DeWolfe said more levels will come after the launch. 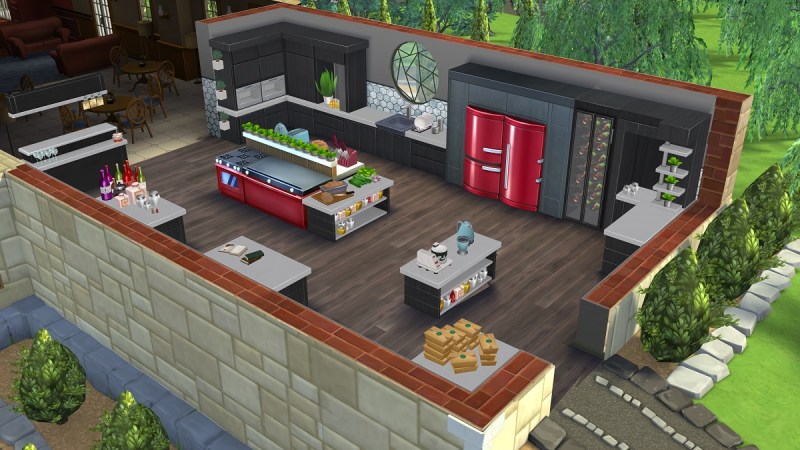 “Genevieve Gorder is a world-class designer and an avid mobile game player, partnering with her on Vineyard Valley was an incredible opportunity for us, not to mention a ton of fun!” said Josh Yguado, chief operating officer at Jam City, in a statement. “Vineyard Valley features current design trends along with fun gameplay and characters. Genevieve helped us to deliver on the drama and excitement of renovations shows.”

DeWolfe said Jam City is working on a mobile game for this fall based on the sequel to Disney’s Frozen movie. And the company may get another game out the door before the year ends. 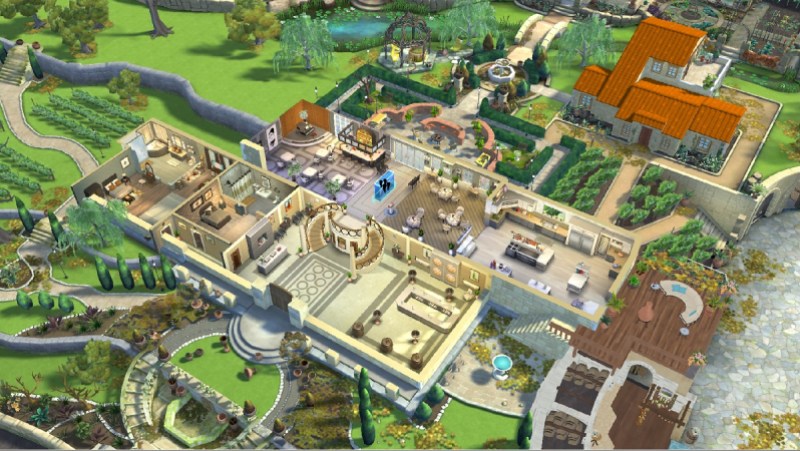 Above: A cutaway look at Tangled Vines.

“We designed this to be a global game, with diverse characters,” DeWolfe said. “We spent a lot on localization. In the Harry Potter game, we’re got over half the revenue generated from outside of the United States, and that’s been a big payoff for us. So from the very beginning, we designed the characters and depth of the characters to be diverse and different.”