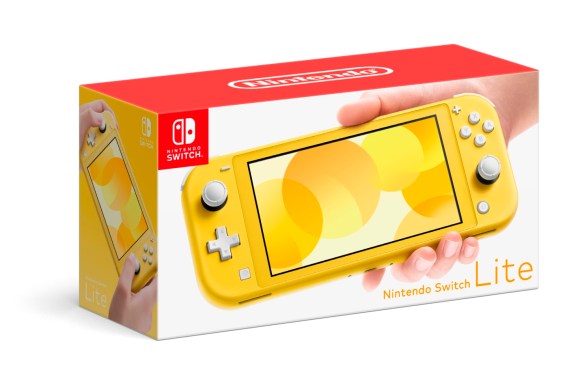 The Nintendo Switch is likely getting some additional stealth upgrades that should improve its display. Japanese electronics manufacturer Sharp says it is providing its IGZO screen to Nintendo for use in its hybrid handheld/home console, according to a Wall Street Journal report. IGZO has a number of improvements over the current tech that Switch is using. Most notably, it is significantly more power efficient.

Sharp and Nintendo are not saying which Switch devices will feature IGZO display tech, but it seems likely that we will see it in both the improved Switch with better battery life and the Switch Lite.

IGZO is a type thin-film-transistor in-plane switching (TFT-IPS) display technology. That’s a lot of techno-gibberish. All you really need to know is that IPS is good for mobile devices and monitors. The Switch was already has IPS panels, but they used the old amorphous silicon (aSi) version of the tech. IGZO-TFT IPS panels use indium gallium zinc oxide. Again, what matters here is that these materials are up to 80%-to-90% more power efficient than aSi-TFT IPS. That’s going to save the Switch’s battery life for more gaming.

As panel-technology website Display Ninja explains, electrons move through IGZO about 20-to-50 times quicker than aSi. That reduced resistance means you don’t need as much energy to power the screens. As you might expect, this is a huge benefit to a device like the Switch, which runs on a rechargeable battery.

This new display — along with the more power-efficient Tegra processor from Nvidia — could contribute to why the new Switch devices have such improved battery life over the original model.

Other benefits of the IGZO displays in the Nintendo Switch

But IGZO is not just about better battery life — although Nintendo may focus on that aspect of the tech.

IGZO’s faster electrons also means that it can deliver faster response times. This is huge for IPS panels, which have typically topped out at 4ms response times. That’s slower than TN panels that can get as low as 1ms response times, which is why those display are common in monitors with high refresh rates up to 240Hz.

Other benefits of IGZO is that it can produce better colors and increase pixel density. Nintendo probably won’t take advantage of the latter because the Tegra chip would require significantly more power to render more pixels than 720p. But better color could really improve the image.

Beyond the power consumption, however, the biggest advantage of IGZO is its potential brightness. It can get a lot brighter than aSi-TFT IPS while still using less power.

How realistic is all of this?

IGZO is still not a common display in many devices. But I’ve actually used one in my Razer Phone 2. This smartphone’s IGZO panel is a 5.7-inch screen with a 1440×2560 resolution that can run at 120Hz and reach 300 nits peak brightness.

I run the Razer Phone 2 at 120 frames per second all the time, and its batter is still right in line with other devices that top out at 60 frames per second. The screen is also significantly brighter than my Samsung Galaxy S8’s AMOLED.

The benefits of an IGZO display are obvious in a smartphone, and I expect most of that to translate well to the Switch.