New smartphones weren’t the only thing Samsung announced today at its Galaxy Unpacked 2019 event in Brooklyn. The Seoul company unveiled the Galaxy Book S, a premium Windows 10 laptop with a thin and light clamshell-style design that evokes 2-in-1s like Microsoft’s Surface Pro series. Unlike the Surface Pro, however, the Book S doesn’t have a detachable tablet section.

The fanless 2.1-pound, 13.3-inch Galaxy Book S is no slouch in the hardware department. It features an anodized aluminum frame on the top and base and a fully backlit keyboard, and it packs a 10-point touchscreen, a single USB-C port, and a multi-core Qualcomm system-on-chip paired with 8GB of LPDDR4X RAM. That’s in addition to Gigabit LTE Cat.18 connectivity built in and “studio-quality” stereo speakers tuned by AKG and enhanced further by Dolby Atmos technology, not to mention a Windows Hello-compatible camera and fingerprint sensor.

Thanks to software and hardware optimizations out the wazoo, the 42Wh battery (which supports USB Power Delivery 2.0, and Quick Charge 2.0) lasts a whopping 23 hours on a charge, Samsung claims. That’s without Wi-Fi or other connections enabled, though, so expect results to vary. 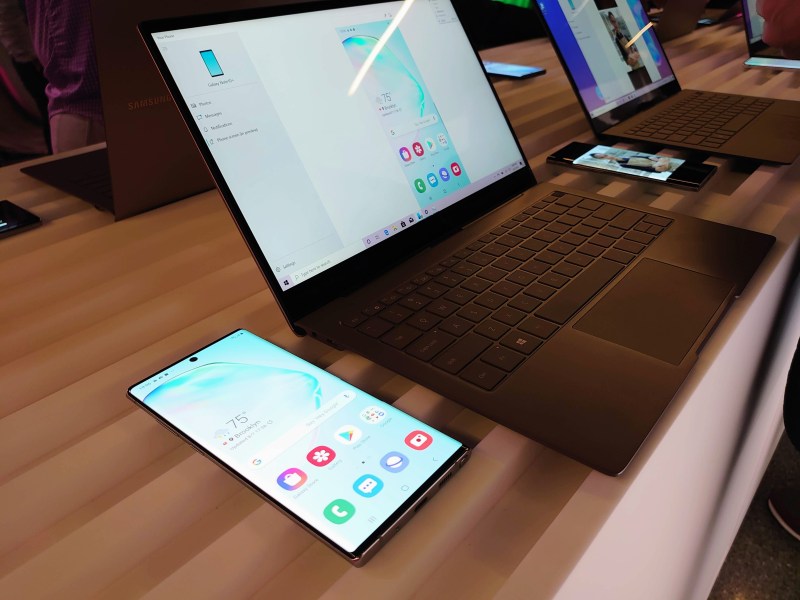 The Book S is priced at $999, and it’ll be available in September in 256GB and 512GB storage configuration (expandable via microSD card up to 1TB) and two colors, earthy gold and mercury gray.

More on that system-on-chip: It’s a 64-bit Octa-core processor clocked up to 2.84 GHz that’s based on Qualcomm’s Snapdragon 8cx platform. The Kryo 495 cores inside are paired with a 10MB cache and promise 50% higher sustained performance at a 7-watt TDP than an Intel 15-watt U-series chip. As for the GPU, it’s the Adreno 680 Extreme, which supports the latest DirectX 12 APIs, boasts a 128-bit-wide memory interface, and can drive two 4K HDR external displays with up to 120FPS 4K HDR video playback. 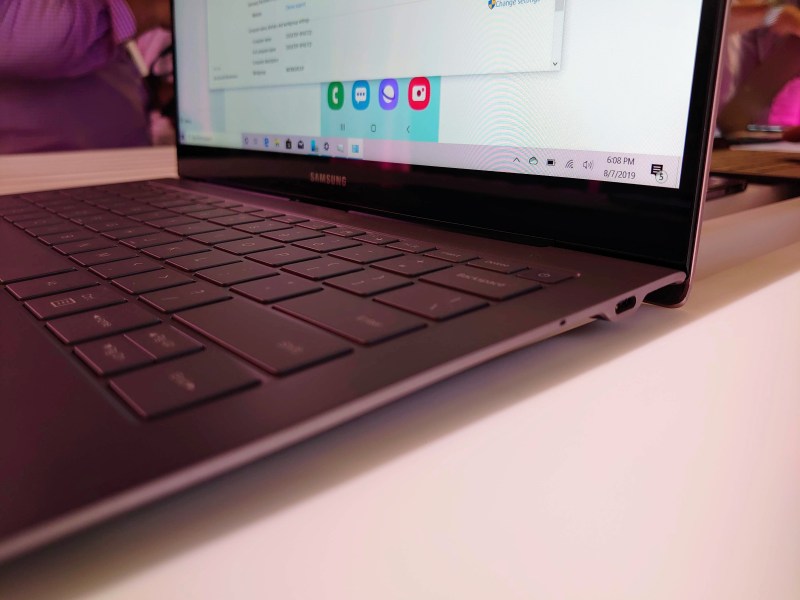 Several components are shared between the 8cx and Qualcomm’s Snapdragon 855 chipset, including Wi-Fi 6 (802.11ax) and Bluetooth 5 wireless cores, a Hexagon 690 digital signal processor, and on-chip security features. Both chips also include a Snapdragon X24 LTE modem for up to 2Gbps cellular speeds, which while nice for a smartphone is a major step up for a laptop, promising 4×4 MIMO, 7x carrier aggregation, and license-assisted access.

The Galaxy Book S debut comes roughly a year after Samsung took the wraps off of the Galaxy Book2, a $999 Windows ultraportable Always Connected PC powered by Qualcomm’s Snapdragon 850 chip. That was technically the successor to the Galaxy Book, which launched in February 2017, but Samsung went back to the drawing board for the Book2.

The Book2 ran Windows 10 in S mode, a slimmed-down version of Microsoft’s operating system that can only run applications from the Windows Store — specifically Universal Windows Platform (UWP) apps and Win32 apps that Microsoft has explicitly approved (including, but not limited to, Microsoft Office). You can upgrade to Windows 10 for free, of course, but it’s an emulated experience.