FIFA 20 matches can be as boring as real-life soccer. There, I said it. But Electronic Arts is spicing up the video game this year with Volta Football, a new way to play with 3-on-3 street soccer games.

It’s a new way to play, and I tried it out at a recent demo event at EA. It’s fast and fun, just like futsal, or street or indoor soccer. And it brings creativity to your attempts to scoring goals, like passing the ball to yourself by bouncing it off a side wall. It’s like NBA Street’s version of basketball. It has more chaotic action, it’s accessible, and it’s casual.

Gameplay in Volta (Portuguese for “the return”) is built on top of the existing EA Sports FIFA engine that develops and refines current elements of the game while adding new and fundamentally unique mechanics. 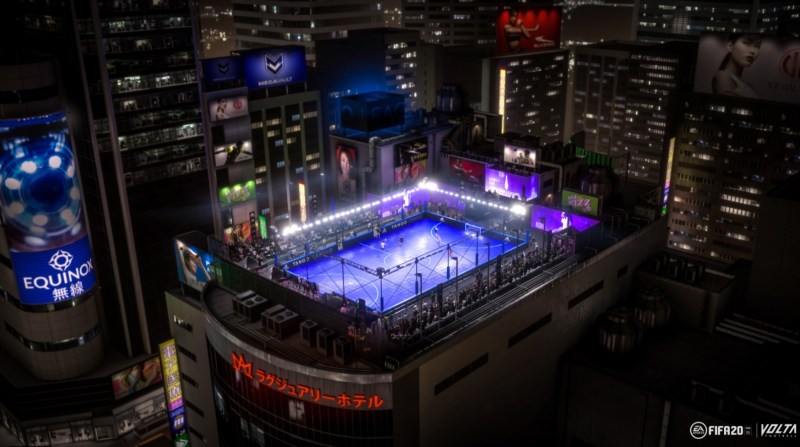 Above: This Volta pitch is atop a skyscraper in Tokyo.

“We’re pretty excited to be able to kind of unleash Volta,” said Jeffrey Antwi, producer of Volta at EA, in a briefing. “This is one of the biggest years for us with FIFA. We love where Volta is at right now.

“It’s about bringing street football back to the FIFA for the first time. It’s a massive mode. And it’s built on some of the fundamental foundations of, you know, the great gameplay engine that we’ve had for the past several years. And so this is about being more authentic, and being culturally relevant. And creating an experience that isn’t just about tricks for the player.”

Players can change circumstances and rule combinations, and enjoy the matches in some very different environments, like a small-sided soccer field atop a Tokyo skyscraper. 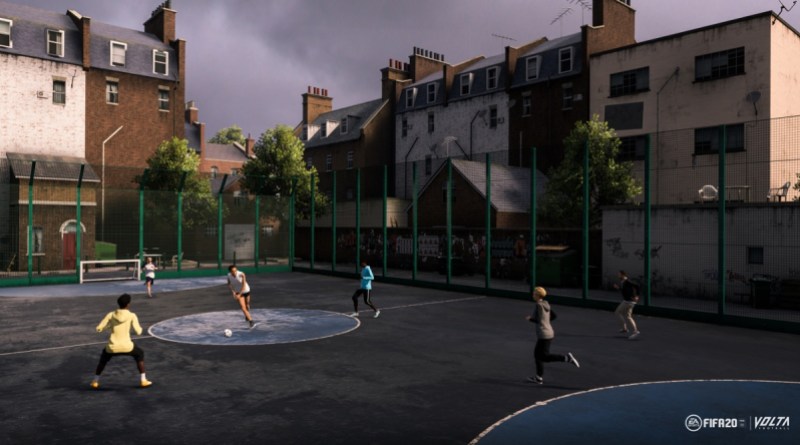 Above: Volta is 3-on-3 football, in solo or online play.

Compared to 11-player soccer, Volta has fewer players, simplier rules, custom ball mechanics, and different match types (Rush Keepers, Street with Keepers, Futsal), along with a whole lot of flair. In Kick Off mode, players from the world’s biggest clubs can compete in the streets, and you can choose from a variety of options with Volta House Rules depending on what they want to jump into, including Survival, No Rules and First to X.

Additionally, it also includes a story mode that takes players through the world of Volta. Along with an online connected experience in Volta Tour where players can journey to different locations all over the world, including Tokyo, Amsterdam, New York, Cape Town, Mexico City, Rome, Paris, and more. There are different pitch sizes and wall types with different materials. Players can make their way through promotion and relegation with online Volta League where the new player versus player formats places your team against others online, and wins lead to promotion into a higher division. 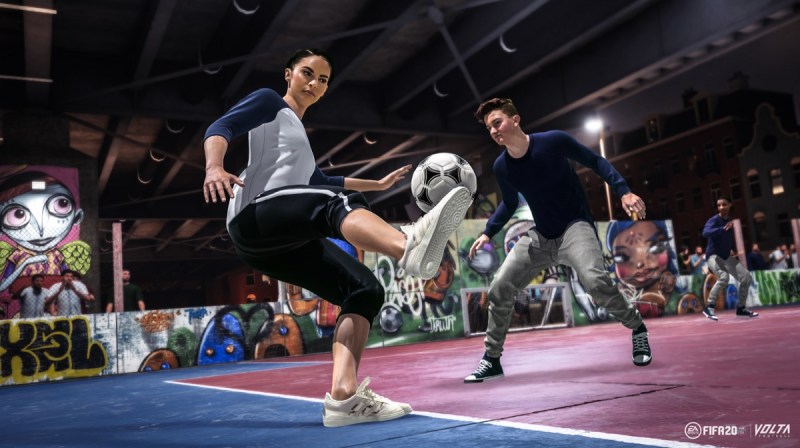 Above: You can design your own characters in Volta.

“You can play it with walls without walls, different sizes, different configurations, different number of players,” Antwi said. “You can create characters or player with licensed players, male or female. You can change all the details down to your eye shape. You can add non-traditional hair colors. Being able to use the wall as your teammate is something that is really fundamental to the game when you are playing in small space with walls.”

When I played, it quickly became obvious that there wasn’t really an assigned goalkeeper. With just three players, everyone tries to go for the ball or create a passing opportunity, often leaving the goals open for fast attackers. You can position your player to block shots toward the goal, but you don’t have to guard it like a keeper. The ball rarely goes out of bounds, given the walls, and so it’s a constant experience. You just keep playing until someone scores. You can pass the ball with the back of your heel, adding flair and style.

“We wanted to create an authentic experience,” Antwi said. 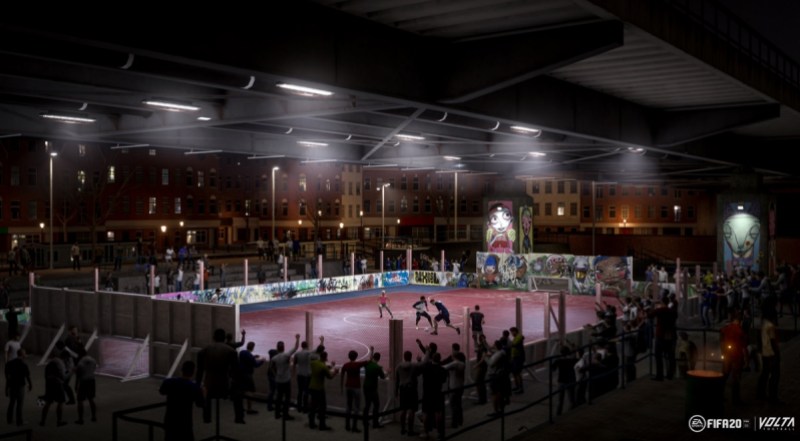 Above: Volta will have street pitches all over the world.

The Tokyo space felt real, as there were fans outside the cage and DJs on platforms playing music during the game. Mastering the game wasn’t easy, as it’s quite hard to pass the ball to yourself or another player by bouncing it off a wall.

But the default artificial intelligence player wasn’t so great, as I won my first match by 6-1. And I’m not a real FIFA player. Obviously, you can tune this to make it harder, as needed.

In the story mode, you will craft your own character who will explore the world of Volta, where you will play against the legends, understand the mechanics, and learn how to play. Volta World will be a hub, an offline experience, where the world is populated by user-generated squads. You play around the world against teams created by other players. If you win a match, you can recruit that player onto your squad. You could actually see your character get recruited in the world many times over.

Volta League is a player-versus-player online experience. There are 10 divisions and you can move up and down, based on your success.