Allied Esports Entertainment, the creator of esports venues and live events for both video games and poker, has gone public in a transaction with Black Ridge Acquisition Corp.

Black Ridge shareholders approved the transaction on August 9, and the company is now trading on Nasdaq under the ticker symbol AESE. Back in December, Black Ridge agreed to pay $118 million plus earnouts for both Allied Esports International and WPT Enterprises. New sharehoolders also put money into the new company.

Now this means that investors who want to put money into a publicly traded esports company can do so.

“Today marks the beginning of a new category in gaming – esports entertainment – that brings together the best of this burgeoning industry, including fans, streamers, professionals, entertainers, and brands, to create experiences and content around the world across all communities,” said Frank Ng, the CEO of Allied Esports Entertainment, in a statement. “This growing ecosystem, anchored by our three-pillar strategy, will allow us to serve the industry as a whole as we move forward into an exciting and promising future.”

As previously announced, Simon — which owns shopping, dining, entertainment and mixed-use destinations — and TV Azteca, the top sports television network in Mexico, have made equity investments into AESE and are launching strategic alliances with the new company. 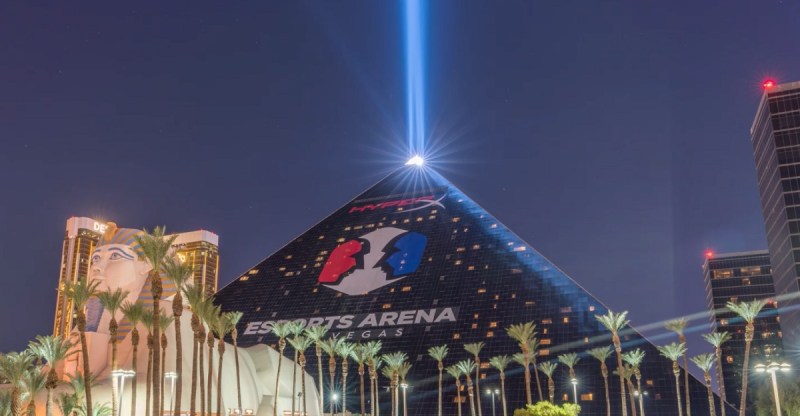 Above: Esports Arena at Luxor Hotel in Las Vegas

Simon and Allied Esports will collaborate to create a new product offering focused on delivering esports experiences through integrated gaming venues and production facilities in select Simon destinations around the country. The in-mall venues will be designed for tournament play and daily use with the capability to be expanded into common areas for larger esports activations and live events.

TV Azteca and Allied Esports will continue to work together to expand the esports landscape in Mexico through a number of initiatives, including: creating a 24-hour digital esports channel dedicated to esports and video gaming for the Mexican market; developing a network of esports talent across Mexico and Latin America; building a flagship esports venue and additional esports and content facilities in the Mexican market; and developing a localized online esports tournament platform for the market.

The strategic alliance between TV Azteca and AESE has delivered big viewership numbers, including 3 million viewers for a single telecast.

Ken DeCubellis, Black Ridge’s former chairman and CEO and who will be CFO of the combined company, said in a statement, “We are thrilled with the closing of the transaction and look forward to seeing Allied Esports Entertainment execute on the tremendous opportunities in the esports market. We are excited for AESE’s future as a public company and will be committed to creating value for all stakeholders involved.”