Nintendo‘s newest mobile game is off to a good or slow start depending on how you look at it, according to mobile market analyst Sensor Tower. Dr. Mario World, which came out on July 10, has made $1.4 million and earned 7.5 million downloads in its first month.

That is 40% better than the first month from Snoopy Pop, another license-based puzzle game. It’s also 57% more downloads than what Family Guy: Another Freakin’ Mobile Game achieved, although that puzzle title made $900,000 more than Dr. Mario World.

Comparisons become less favorable against Nintendo’s past mobile efforts, which show that Dr. Mario World is off to a much slower starter than its predecessors. 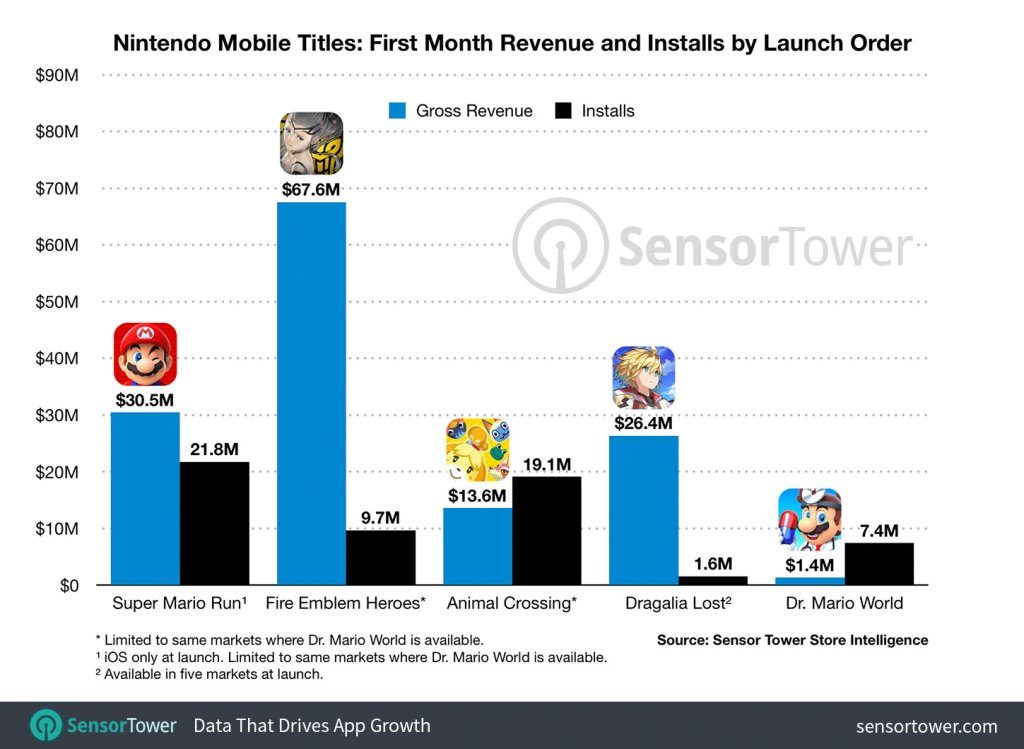 Dr. Mario World has made significantly less money in its first month that any other Nintendo mobile game. It only earned more downloads than Dragalia Lost, which was only available in five markets when it debuted.