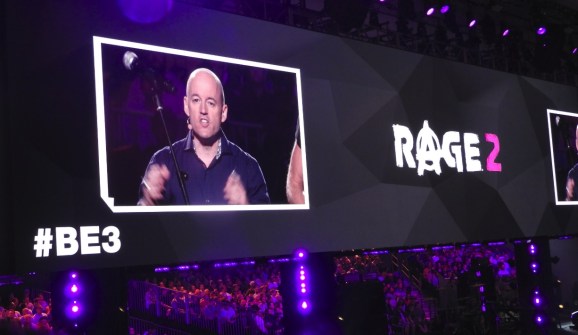 Saber is working on a variety of games, such as World War Z, NBA 2K Playgrounds, and a remaster of 2009’s Ghostbusters: The Video Game. Willits explained that he wanted to work with Saber in part because its games are so different from one another.

“From the very beginning, Saber’s entrepreneurial passion, skill, and culture for game development reminded me of the early days of id,” said Willits. “This is a studio which has proven its ability to respond nimbly to trends and community across multiple genres time and again. It’s such a joy to once more be on a team of developers first, one that gets things done, is always innovating, and is hungry to control its own destiny.”

Willits has also spent the last quarter-century working on first-person shooters. At Saber, he will get something of a break from that — at least for a moment.

Willits gets a c-suite title

This is a jump up for Willits, who now has an executive role. Up until this point, he has worked in senior studio-lead positions at id. He is probably best known for his work on Quake and Doom. He was lead designer on Doom 3 and game director on Quake Live and, most recently, Quake Champions.

But now, after 24 years, he has found a new home. And it’s one that he is not completely unfamiliar with.

In addition to its original games and remaster work, Saber has a major support role on Quake Champions.

“We’re truly honored Tim would make such a monumental move to join us,” Saber chief executive officer Matthew Karch said. “After years of working together on Quake Champions, we’ve gained a deep mutual respect for one another on both a professional and personal level. The last few years have been transformative for Saber as we expand both as a development partner for third-party IPs around the world and a creator of our own brands. And there’s no better person than Tim to lead our vision as a studio into the future.”