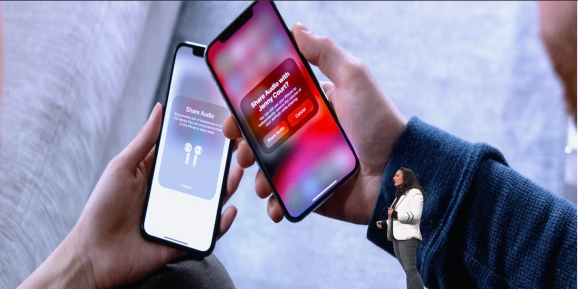 AirPods, Apple Watch, and HomePod, which have helped Apple to offset waning sales of its bestselling iPhone this year, are not included in a temporary reprieve on tariffs by the Trump administration and will face a 10% levy on September 1.

The administration said on Tuesday some major items, such as laptops and cellphones. including Apple’s MacBooks and iPhones, will not face tariffs until December 15. The delay affecting some of Apple’s biggest-selling products helped send its shares up about 4% in early afternoon trading.

Items that face tariffs on September 1 include consumer electronics such as smart watches, fitness trackers, smart speakers, and Bluetooth headphones. These were spared from tariffs last year after the manufacturers sent comment letters to the government. Some accessories have been central to Apple’s efforts to diversify revenue beyond its signature iPhone, which pushed the company’s market capitalization past $1 trillion in 2018 but has gone into decline this year.

The iPhone contributed less than half of Apple’s revenue for the first time in seven years during its latest reported fiscal quarter. The iPhone’s decline was offset by a 50% jump in sales of so-called wearables, such as the Apple Watch and AirPods, helping Apple beat Wall Street estimates and boosting its stock.

“We actually grew in mainland China,” Cook told Reuters in an interview on July 30. “Non-iPhone revenue grew 17%. We grew in every category outside of iPhone.”

According to lists published by the U.S. Trade Representative’s office, a broad category of items taken off a $200 billion tariff list last year will be subject to a 10% tariff as of September 1.

These include popular products from Apple rivals, such as Fitbit smart watches, smart speakers from Amazon and Alphabet, and Bluetooth connected devices.

Fitbit, Amazon, and Google did not immediately return requests for comment.