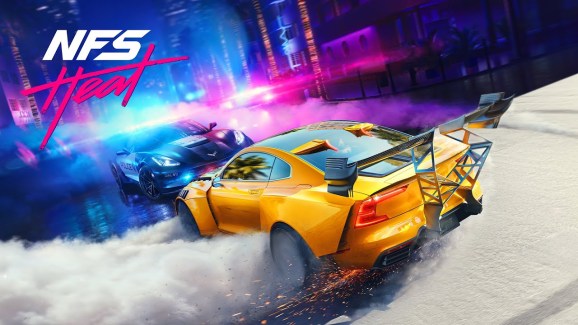 Well, it has neon, which I guess I still like?

Electronic Arts is making another Need For Speed game, probably because some spreadsheet somewhere said that it should. It announced Need For Speed: Heat with a trailer this morning, and based solely on this video, it looks as uninspired as other recent entries in the series.

Here’s how Electronic Arts describes the premise for Heat on its YouTube page:

“Hustle by day and risk it all at night in Need for Speed: Heat, a thrilling race experience that pits you against a city’s rogue police force as you battle your way into street racing’s elite.”

If that makes you roll your eyes, the trailer is even worse. A voiceover talks about how “they control” so “we create” while showing the vehicle customization options. The voice goes on to say that “we own the night.” Cool. I love fresh writing that I’ve never heard before.

I need speed to distract me from late capitalism

Is the weight of capitalism holding you down because you are scared to death to take any chances because you cannot afford to lose your health insurance? Well, here, buy this video game about racing expensive cars and outrunning a “rogue police force.” And don’t be surprised when Kendall Jenner shows up to tell you that all lives matter.

And really, a “rogue police force” in 2019? That terminology does’t evoke images of Vic Mackey on The Shield. It just reminds us that the country is still barely coming to grips with white supremacy’s links to law enforcement. It’s tone deaf.

But whatever. I’m not surprised that EA isn’t even trying to make the “woke brand” marketing play book work. It’s just embarrassing that it’s still trying to pull off a naive faux-counter-culture narrative for a generation that can see right through that.

But maybe Need For Speed: Heat is good?

I don’t have high hopes for the new Need For Speed, but that has more to do with my experience with the recent games than with this trailer. But maybe EA and developer Ghost Games will end up making something fun and worth everyone’s time.

Even in that case, I’m still unconvinced that the franchise is moving in the right direction. Games need to do more than deliver a handful of fun hours. They need to create a relationship with an audience. For an example of what I mean, look at Ubisoft. It’s likely that not every Ubisoft release is for you. Maybe you don’t care about Assassin’s Creed, Rainbow Six, or Ghost Recon. But if you get into those games, they end up becoming like a hobby.

Like, if you ask someone, “what kind of gamer are you?” It’s not unusual for someone to say that they play Rainbow Six: Siege, even though that game launched in late 2015. Need For Speed: Payback, however, came out in 2017, and you don’t really hear anyone say, “well, I play Need For Speed.” And if they do say that, it seems just as likely that they are talking about the older games.

EA absolutely has done this with some of its other games. It has fans who consider themselves Battlefield, Madden NFL, and FIFA players. Building that relationship isn’t easy, but maybe Heat will break through and establish a path forward for the series.

We’ll find out when Need For Speed: Heat launches for PC, Xbox One, and PlayStation 4 on November 8.