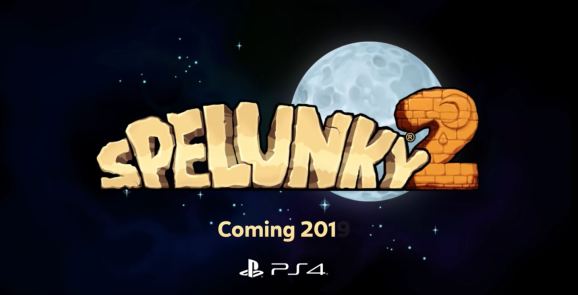 Spelunky 2 is probably not going to make its 2019 release window.

One of the most anticipated indie sequels isn’t going to make its 2019 release window. Developer Derek Yu explained that Mossmouth, his studio, is making a lot of progress on Spelunky 2. But he said it’s unlikely that they will finish the roguelike adventure this year.

“Unfortunately, I don’t think we’re going to get to release Spelunky 2 this year,” Yu wrote on Twitter. “Development is still going well, and we’re not far off target, but the density and detail of the game is demanding more time.”

Spelunky debuted as a freeware game for Windows in 2008. The adventure has players working their way through different levels and trying to learn and improve to get further and further each time they play. It broke through to the mainstream when it hit Xbox Live Arcade in 2012. In 2017, Mossmouth announced Spelunky 2 for PlayStation 4 at Paris Games Week in 2017. Since then, fans have waited for a release date or even just more information.

But this is the first real new information about Spelunky 2 since 2017 — although it has appeared as a playable demo at a number of events.

Yu acknowledged the radio silence and explained that it’s difficult to know when he should share more about the game. But he said that when Mossmouth is quiet, it’s just because they are working.

If you are looking for some details about what has changed since the game’s debut trailer, Yu did talk about improvements to the lighting and environments. The studio is adding more details to enemies and backgrounds and turning up the lighting contrast. You can see the effect in the screenshot below.

Also, I took in the feedback about the environments from the trailer, and while I still love the overall style, we've been adding more detail, as well as increasing the contrast to make existing details pop (some were pretty subtle and compression wasn't friendly to them)! pic.twitter.com/kTaiflcSyf

Finally, Yu said he’ll give everyone an update once he has a better idea of what the roadmap to launch looks like.

“As soon as we have a release date for Spelunky 2, we’ll make sure everyone knows,” said Yu. “We can’t wait to show you more, although of course the best way is for you to experience it for yourself at launch. All the crazy stuff we’re adding makes me buzz with excitement.”