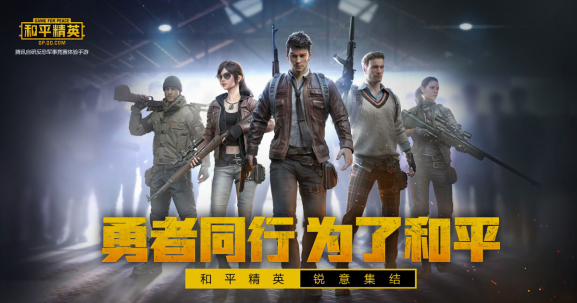 Peacekeeper Elite is a massive hit for Tencent.

Tencent delivered 88.8 billion yuan ($12.7 billion) for the second quarter of the year, according to its most recent financial disclosure. But that revenue total came in under analyst expectations largely due to a shortcoming in the company’s advertising business. Tencent is beginning to feel pressure from competitor ByteDance even as Tencent’s ad revenue jumped 23% year-over-year.

But the most interesting blip on the Chinese megacorporation’s report is that its PC gaming revenue. That segment dropped 9 percent year-over-year to 11.7 billion yuan ($1.67 billion). The company is seemingly still feeling the effects of the Chinese government’s freeze on new-game approvals that lasted from March 2018 into the early months of 2019. That hurt Tencent’s ability to introduce and build up new games over time.

In Q2, however, Tencent launched 10 new games. That is up from just 1 new game during the first quarter of the year. And since Chinese players prefer the free-to-play business model, most of those games do not rely on upfront day-one sales. They will generate more and more cash over time as fans adopt those releases.

One of the company’s bigger games is the new League of Legends autochess spinoff Teamfight Tactics. And it’s one of the reasons that Tencent may not experience bleeding in its PC games revenue for long.

Tencent is still bracing for a global slowdown

While the game-approval freeze is still reverberating throughout China’s gaming business, Tencent may also have some fear about a global slowdown. The company reduced spending on marketing by 26% year-over-year in the quarter.

But that doesn’t mean Tencent is devoid of bright spots. Its PUBG Mobile clone Peacekeeper Elite is already a giant success. And it is one of the biggest reasons mobile revenue was up 26% year-over-year to 22.2 billion yuan ($3.16 billion)

“Sequentially, smart phone games revenues were up 5% quarter-on-quarter as we launched more games following monetization licence approval resumption, offsetting weak seasonality,” reads Tencent’s report. “Our in-house tactical tournament game, Peacekeeper Elite, has exceeded 50 million daily active players since its launch in May and begun monetization with a successful season pass offering, although reported revenue was limited in the second quarter due to the deferral impact.”

That 50 million DAU number for Peacekeeper Elite is huge, and it’s a reminder of Tencent’s dominance. It still owns a minority stake in Fortnite creator Epic Games, and it is the publishing partner for PUBG Mobile.

And Peacekeeper is likely going to grow even larger for Tencent in terms of revenues. The game just got its first season pass, and the publisher says it has plans for more soon.