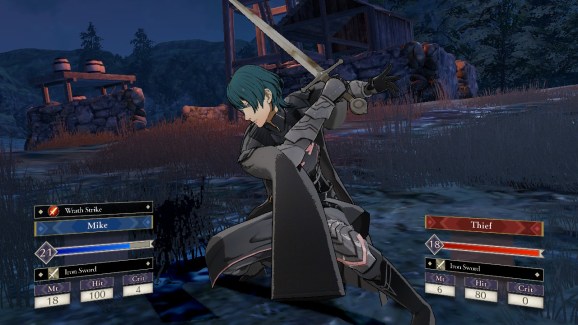 Fire up the emblem.

Fire Emblem: Three Houses was the No. 2 best-selling game in the U.S. in July, according to information released today by the industry-tracking firm The NPD Group. It was behind only Madden NFL 20‘s sales, and Three Houses managed to have the best U.S. debut month in the franchise’s history. The NPD’s report does not include digital sales for Fire Emblem, but it does add the digital sales for the PlayStation 4 and Xbox One versions of Madden.

Awakening helped bring the tun-based tactics franchise back from brink of cancellation. Sales for the series had been slowing, and it was having a hard time finding a U.S. audience. Then critically acclaimed Awakening revived the franchise, and it has been on the rise ever since. Fire Emblem has also produced Nintendo’s most popular mobile effort so far, Fire Emblem: Heroes.

It’s hard to believe that Fire Emblem was once an obscure Nintendo franchise that it resisted even releasing in the U.S. for a long time. Now it’s rising the ranks to become one of Nintendo’s most important properties.