Edwards will lead and community outreach for the nonprofit group, as well as oversee administration, programs, and strategic direction. Edwards served as executive director for the International Game Developers Association (IGDA) from 2012 to 2017, and she is currently CEO and principal consultant at Geogrify, a content culturalization business.

“I’ve always had a huge affinity for Global Game Jam,” said Edwards in an interview with GamesBeat. “I love what they’re doing and what they’re aspiring to become as a kind of massive global movement. It has been at the forefront of democratizing game development, down in the trenches.”

While at the IGDA, Edwards spoke out in favor of diversity and against its critics in the angry gamer movement. She did so at great personal risk. She also spoke out about crunch time, or forcing developers to work unpaid overtime, and on mental health issues in gaming.

As a geographer and speaker, Edwards has traveled the world. More recently, she has been talking about diversity issues and unionization in the video game industry. 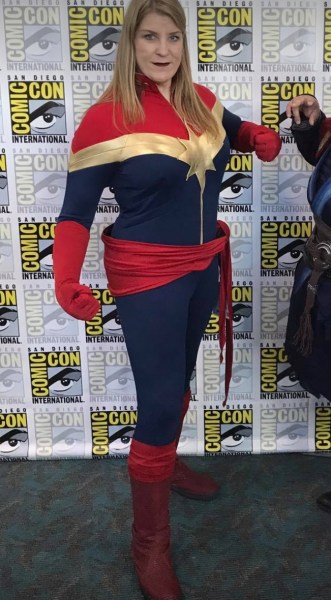 Above: Kate Edwards led an effort to document and reduce crunch time in gaming.

The Global Game Jam is an international nonprofit corporation based in San Luis Obispo, California, that fosters game design and game education through innovative events. It’s a yearly event with over 49,000 participants in 113 countries simultaneously around the world. Those participants created 9,000 games at the last event.

“Kate has a rich history in working with different cultures in different parts of the world to increase understanding and unity in the games industry, and this gives her a very unique and valuable skill set that is perfectly in line with the Global Game Jam’s mission,” said Susan Gold, the president of Global Game Jam, in a statement.

The Global Game Jam started in 2009 as a 48-hour contest for game developers to create cool games in a short time. It grew quickly and spun out of the IGDA in 2012.

Edwards said that the Global Game Jam has the potential to be more than an annual event. She said it has grown to 860 locations around the world. That means game developers create a game or concept for a game in 48 hours, and then winners of the contest emerge, gaining recognition.

“It fosters collaboration and camaraderie that comes from working together in person,” Edwards said. “Some games go on to become commercially viable and pretty well known.”

Edwards said she will figure out what kind of other work she can continue to do. She will remain a consultant on geographic content issues for games and continue to form a legal defense fund for game developers. She’ll also continue her advocacy work for things like improving labor conditions for game developers. She will stay on the board of the Take This nonprofit group for mental health advocacy in gaming.

“Given what we’ve seen over 2018 and 2019, and with the various company issues, and sexism, scandals and layoffs and things of that nature, I think the whole labor issue, and workers rights, is still a very strong focus for me,” Edwards said.