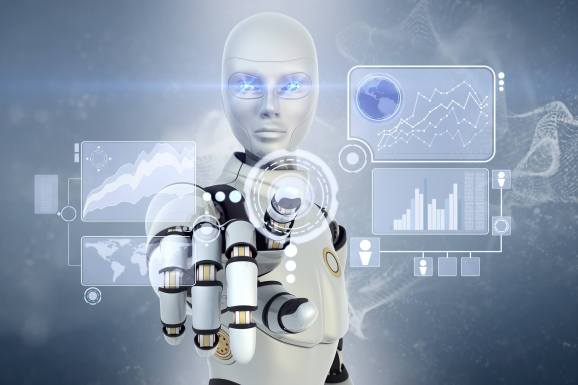 While the United States currently has an edge in the race to develop artificial intelligence, China is rapidly gaining ground as Europe falls behind, according to a report released today by the Center for Data Innovation.

The study arrives amid a wide-ranging debate about which region has gained AI leadership, and the implications that holds for dominating cutting-edge technologies such as autonomous vehicles and other forms of automation. The winners of an AI arms race could hold a significant economic advantage in the decades to come.

There has been growing concern among U.S. tech companies and policymakers that China’s initiative to make it dominant in AI by 2030 is allowing it to dictate this critical field. The ability of its central government to allow sweeping data gathering and determine official champions to lead this charge seems to have given its efforts significant momentum.

However, the report paints a complex picture that shows all three regions have strong potential assets, as well as risks that could derail their AI efforts. Of the three, the EU may face the greatest challenges because it doesn’t lead in any of the six categories measured.

“AI is the next wave of innovation, and overlooking this opportunity will pose a threat to a region’s economic and national security,” said Center for Data Innovation director Daniel Castro in a statement. “The EU has a strong talent pool and an active research community, but unless it supercharges its current AI initiatives, it will not keep pace with China and the United States.”

The center chose to focus on six categories: talent, research, development, adoption, data, and hardware. Based on a 100-point scale, researchers found that the U.S. led overall with 44.2 points, China was second at 32.3, and the European Union placed third with 23.5.

The study found that the U.S. shows clear leadership in four of the six categories: talent, research, development, and hardware. China leads in adoption and data.

The findings would appear worrisome for the EU, which has placed great emphasis on its AI efforts in recent years. But the region does place second in four categories: talent, research, development, and adoption. Of those, it is particularly strong in the research category.

“The EU has the talent to compete with China and the United States in AI, but there is a clear disconnect between the amount of AI talent and its development and adoption,” said Eline Chivot, Center for Data Innovation senior policy analyst, in a statement. “The EU should prioritize policies to retain talent, transfer research successes into business applications, grow larger firms that can better compete in a global market, and reform regulations to better enable use of data for AI.”

According to the study, China is sorely lacking in talent compared to the EU and U.S. The authors recommend that China massively expand its investment in AI education at the university level. At the same time, the country has established a strong advantage in terms of data available for AI development and adoption.

The U.S. emerged as an early AI leader, thanks in large measure to the strength of incumbent tech giants who have invested heavily in the field. But the report says the country needs to do more to continue expanding its own talent base if it wants to hold onto that lead, including ensuring that foreign talent can easily immigrate to the U.S., as well as increasing AI research investments.