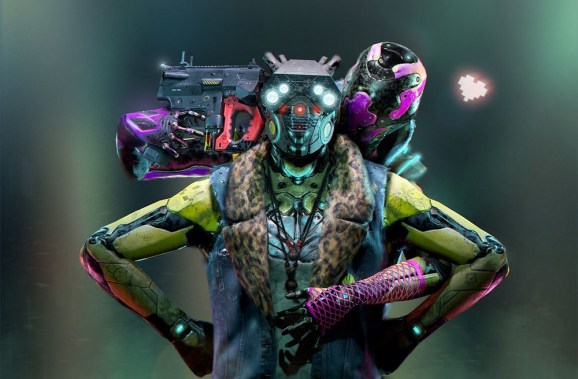 The developers of one of VR’s earliest and most popular wave shooters — Space Pirate Trainer — are showing footage from a multiplayer Oculus Quest game requiring court-sized play areas.

Space Pirate Arena needs a large open space for a VR play area and players connected on the same Wi-Fi network to work, says I-Illusions founder Dirk Van Welden. Just how large? Around 10 meters-by-10 meters, or more than 30 feet in either direction. That means you’d need a large open region, like a tennis court, with the proper lighting conditions to make this possible with Oculus Quest as depicted in a teaser video shared today by I-Illusions.

There’s no release date or pricing structure set for the experience yet and they believe they can scale up to support larger sessions. The gun in the game can charge up and a charged up shot can bounce off the walls. The developers say it plays like a game of hide and seek rather than a player-vs-player deathmatch.

I-Illusions isn’t sharing much more about the title just yet but Van Welden did say they are “using tech that is out for everyone” to share spatial anchors between systems. “It is all bound to change,” Van Welden said, while also specifying that it can work without an active connection to the full Internet. That means the game should be playable camped out in the middle of nowhere with untethered VR headsets like Oculus Quest all connected to the same laptop’s shared Wi-Fi network.