It’s a good thing that HBO never shipped a virtual reality experience it created a few years ago as an early attempt to take its Westworld show into VR. In the meantime, VR has matured, and now Westworld Awakening is now ready for prime time.

Westworld Awakening, available today for $30, is a more ambitious game than its previous effort. I played about a half-hour of the game, starting with the beginning and moving on to a later scene in the game.

“I think you could look at the first one as almost a proof of concept. With the way that Westworld, the world and the story, has been evolving — there a number of ways you can think about telling an interesting and exciting story there,” said Adam Foshko, the director of story and narrative at HBO, in an interview with GamesBeat. “It would lean toward introspection, because there are a lot of themes that run through Westworld, like memory. How real is your memory of the past? There’s the reclamation of power. It all leads back to a format that’s intimate. … Our approach to it has evolved and matured.” 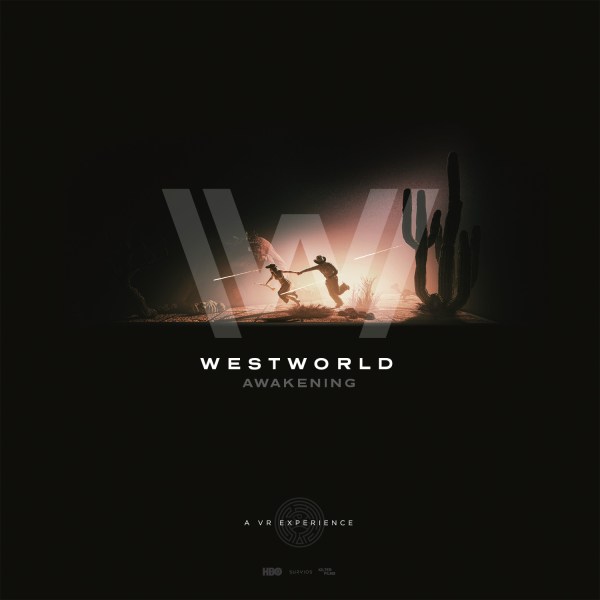 To make this VR version of Westworld, HBO turned to Survios, one of the few companies that has been successful at making VR entertainment for consumers. Survios has created hit VR games like Raw Data, Sprint Vector, and other experiences that immerse players in VR. Survios also teamed up with TV production company Kilter Films to make the game. A full team of writers got together to make sure this experience had a good story.

“This is a full-length experience. This isn’t a taste. This is a full product that you’re going to enjoy,” Survios producer Michael Patrick Clark said in an interview.

Westworld Awakening is set during the second season of the television show, which depicts the morality problems that develop in creating human-like robots with artificial intelligence. The show puts those robots in an amusement park, where real humans can kill them for sport. By the second season, the robots are in a full-scale revolt against Delos, the tourism company that created Westworld.

Part one at the mansion 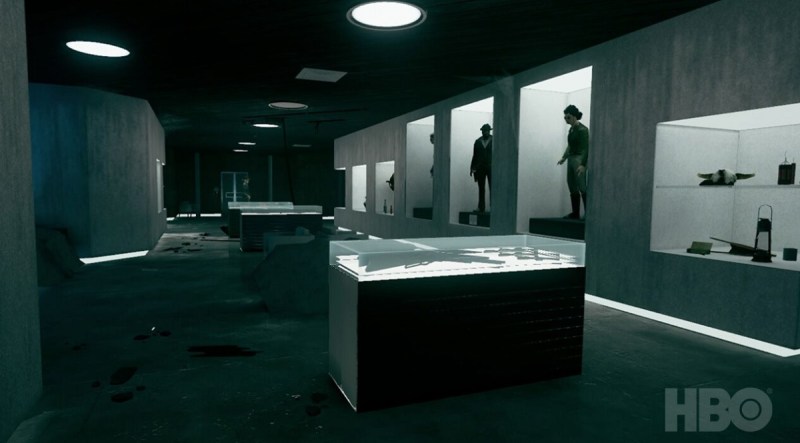 You start out in the game as Kate. You arrive at an abandoned mansion set in the park’s Wild West theme. At first, you are looking to meet someone who doesn’t show up.

Kate is someone we hear only in voice, as she thinks out loud. As you move around as Kate, you can see her arms. But nothing else. You are there because you’ve received a message that you’ve inherited something. Presumably it is the big two-story house.

You find photos of people in your family, with writing on the photos that tells you the date of their deaths. Apparently, the lawyers had a hell of a time finding a living relative for the inheritance. You have to pick things up with your Vive controllers. It’s not easy to do. I would pick up pictures and drop them on the floor. That part was a bit of a hassle.

There are no rewards for successfully navigating the house. A serial killer named Hank — somebody who appears to be very anachronistic compared to the Westworld theme — pops out of a door and stabs you. Then you fall dead.

Of course, robots in Westworld don’t stay dead. You wake up as a sentient AI. But Kate is as befuddled as ever. You are in the Delos Mesa lab, the place where the keepers normally rebuild the AI people killed by the real ones in the amusement park.

But it’s in a state of chaos. Live electrical wires hang from the ceiling and you have avoid them or get shocked. Green handles on doors mean you can open them. You are free to move around, but you feel like you need to escape, as if you are hunted. 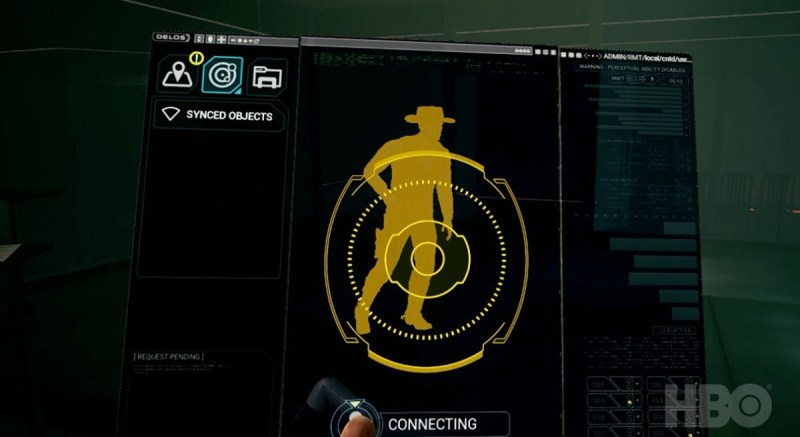 Above: Westworld Awakening has a lot of tech.

I moved from room to room, picking up clues that will tell Kate that she’s going to awaken and break the chains of her keepers. Everything looks meticulously crafted. Kate has to go through some kind of self-discovery. She starts communicating with another human survivor in Mesa, and their goal becomes to stay alive in a very dangerous environment.

Kate gains some agency during this scene, solving problems for herself. Clark said, “That’s one of the things — given that it’s a story about storytelling, you can lay down — the relationship between Kate the victim and Hank the killer is a very straightforward trope. We’ve seen that countless times. But then we’re able to use that as a launching point. Rather than telling that story, that’s taken as a given, and then we can tell a much more elaborate story about that relationship and that purpose and why they are.”

Westworld Awakening will debut in more than 400 VR arcades, and it will be available to download on Steam. It launches today on Oculus Rift and the HTC Vive for $30. It’s a single-player experience with around four to six hours of play.