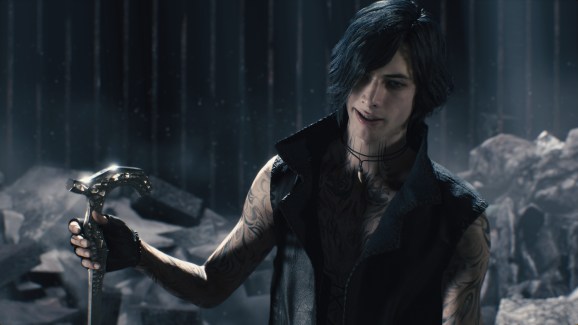 Microsoft announced a number of new additions to its Xbox Game Pass service today for both console and PC. The highlights include Devil May Cry 5 and Stellaris.

Game Pass is Microsoft’s Netflix-like subscription service. For $10 month on the console, you get an instant library of over 100 games. Alternatively, you can get the PC version of Game Pass for just $5 per month. But if you love to bundle, you can get both console and PC game pass as well as Xbox Live Gold with Game Pass Ultimate for $15 per month.

To ensure that the service is worth that money — and to attract new players — Microsoft is constantly introducing new games to those rosters. And it announced some pretty big additions as part of its presentation at the Gamescom fan event in Germany today.

Here’s how it breaks down.

Age of Empires: Definitive Edition is hitting Xbox Game Pass for PC. This is Microsoft’s classic real-time strategy game. It’s pretty hard to go back to now, but it is a fun thing to try for a bit while Microsoft rolls out other Age of Empires games to modern PCs.

Devil May Cry 5 and Stellaris are hitting Xbox Game Pass for console. Devil May Cry 5 is the latest entry in Capcom’s stylish character-action series. And it was one of the biggest releases of the first half of the year. Stellaris, meanwhile, is a space strategy game that is now available on console.

Microsoft also has a number of games coming to both Xbox Game Pass on PC and console. The gorilla-rampage simulator Ape Out is coming. So is the medieval open-world adventure Kingdom Come: Deliverance. Microsoft is also bringing The Bard’s Tale IV: Director’s Cut and Blair Witch Project to Game Pass.

Age of Empires, Devil May Cry 5, and Stellaris are available on Game Pass today. The other games will hit at some point before the end of August.