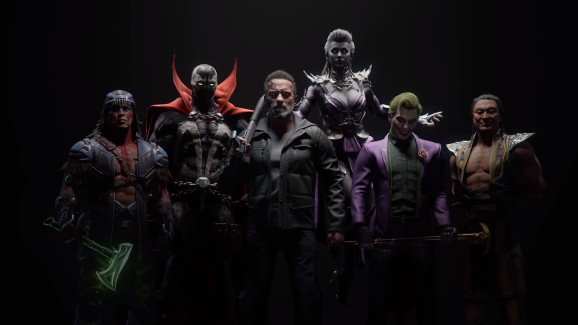 Mortal Kombat 11's Kombat Pack characters includes Joker, which is a character from Persona 5, I believe.

You already paid for a game, but what if you could pay more money to get the rest of the game? Well, that’s the Joker’s trick. And now the Joker from the Batman universe is getting in on some of that action as one of the new characters in Mortal Kombat 11’s Kombat Pack.

Developer NetherRealm has already release two downloadable-content characters for its latest fighting game. Original big bad Shang Tsung and Nightwolf from Mortal Kombat 3 are already playable. But now the studio has showed off the rest of the roster for the Kombat Pack, and like previous games, it is relying heavily on guest characters.

If you are wondering when you’ll get a chance to play as these characters, you’ll just have to wait. Ha! Only joking! Maybe I’m the real Joker!

The Kombat Pack is $40, but it is on sale right now for $30. It also includes early access to the characters as opposed to purchasing them individually.