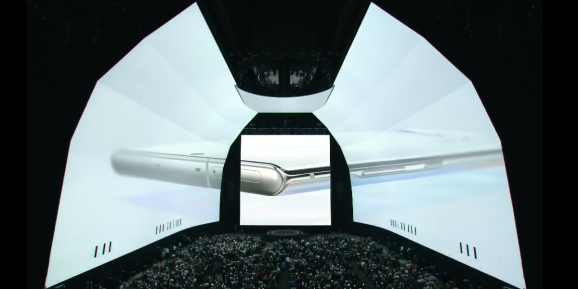 If smartphone sales have indeed plateaued over the past year or so, the reason is becoming increasingly clear: More U.S. users are hanging onto their devices for nearly three full years rather than upgrading on an annual or biannual basis. That’s the key takeaway from a new Strategy Analytics survey today, which appears to confirm anecdotal reports from Apple and other smartphone vendors of slowing upgrades — an issue attributed in part to rising prices and the dawn of the 5G era.

According to the research firm’s SVP David Kerr, consumers believe that there’s been too little major innovation between prior flagship device generations, reducing the need to upgrade more frequently. “At the same time,” Kerr says, we’ve “seen smartphone prices rising towards and above $1,000. Prices for 5G phones will be a key barrier despite 1 in 4 recognizing it as being important for their next device.”

As a result of these issues, older users are increasingly delaying smartphone upgrades for three or more years, and the average iPhone has already been in use for 18 months, versus 16.5 months for Samsung. Strategy Analytics notes that it used a “U.S. nationally representative sampling” of 2,500 smartphone owners aged 18 to 64, and that premium customers — those spending $1,000 or more on phones — represented a fairly small 7% of the survey.

Apart from affordable pricing, the firm suggests that phone makers face a “wow features” challenge — coming up with more than marginal innovations that will win over a third of U.S. customers, including premium customers. While performant new 5G network technology could elicit wows, other innovations will be important, as well.

The firm says that two key groups, women and Gen Z (users aged 18-24), strongly value camera features and quality, areas where Apple and Samsung have been aggressively innovating over the past few years. On the software side, both Gen Z and Gen Y (users aged 25-39) are increasingly seeking tools to manage and reduce device usage time.

According to separate research by the Consumer Technology Association, U.S. smartphone unit sales will likely decline by 2% for the first time this year, rather than growing or staying flat. However, 5G devices will begin to move the needle within the category, and the CTA expects sales of 2.1 million 5G devices by year’s end.

While the U.S. data is interesting, it’s worth contrasting with South Korea, where a combination of wider 5G network availability and hyper-aggressive pricing have led to unexpectedly strong demand for new 5G smartphones and services over the past several months. Three Korean carriers collectively reached the 1 million 5G customer mark in only 69 days, and SK Telecom announced today that it individually reached the 1 million 5G subscriber mark yesterday, less than five months after commencing service. In each case, the 5G uptake has been markedly faster than with 4G.

Despite bold promises from carriers last year, U.S. 5G rollouts have been relatively modest thus far, scattered across only small sections of handfuls of cities. Moreover, while Korean carriers have offered strong rebates and incentives to sign up customers, U.S. prices for 5G devices have generally — but not universally — been upwards of $1,000, which combined with multiple 5G network uncertainties may have dampened initial interest here. So it won’t be surprising if customers continue to hold out for better and more affordable 5G devices, then reward aggressive vendors with upgrade supercycles once the right device becomes available.