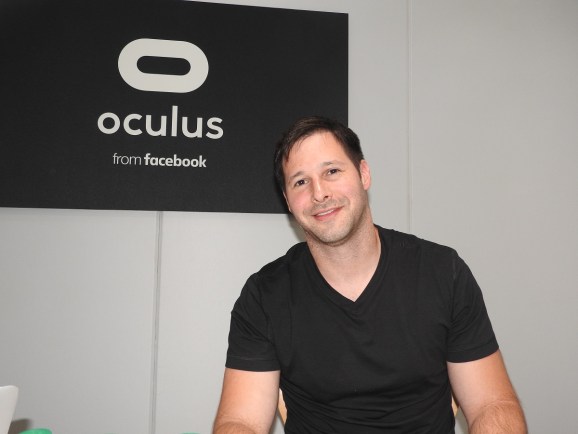 There’s a changing of the guard in the leadership at Oculus VR, the division that Facebook acquired for $3 billion in 2014. Max Cohen, former head of mobile VR, is leaving the company at the end of the month.

Cohen started as the vice president of mobile in 2014, and he led the Gear VR program in partnership with Samsung. He also led the development of the Oculus Go and began the initial work on the Oculus Quest, which just launched.

Nate Mitchell, the last remaining founder at Oculus, also left Facebook this summer. He was preceded by the departures of Oculus founders Brendan Iribe and Palmer Luckey. Cohen announced he was “pursuing new skills and incubating ideas” on his LinkedIn page.

Facebook confirmed his departure. At the time he left, Cohen was on the AR/VR team heading up product management for media.