Sphero, the nine-year-old Colorado-based company best known for its lineup of programmable robots, this week completed a major acquisition that catapults it to the top of the burgeoning science, technology, engineering, arts, and math (STEAM) product market. Today, the company announced it has purchased New York City-based modular electronics startup LittleBits for an undisclosed sum, giving Sphero a combined portfolio of over 140 patents in robotics, electronics, software, and the internet of things (IoT).

“Sphero and LittleBits are on a mission to make hands-on learning fun and memorable,” said Sphero CEO Paul Berberian. “Together, we’re able to make an even greater impact by delivering the best possible solution — whether it is programming a robot to solve a maze or building an electronic music synthesizer. There are infinite learning possibilities — and they’re all fun.”

LittleBits kits and modules were available in more than 70 countries and used in more than 2,000 schools prior to the acquisition, growth the company partially attributes to accessories marketplace BitLab, which it launched in 2014. Among its top-selling products are the Droid Inventor Kit and the Avengers Hero Inventor Kit, in addition to the Space Kit, designed in collaboration with NASA to let kids build a model Mars Rover and International Space Station. 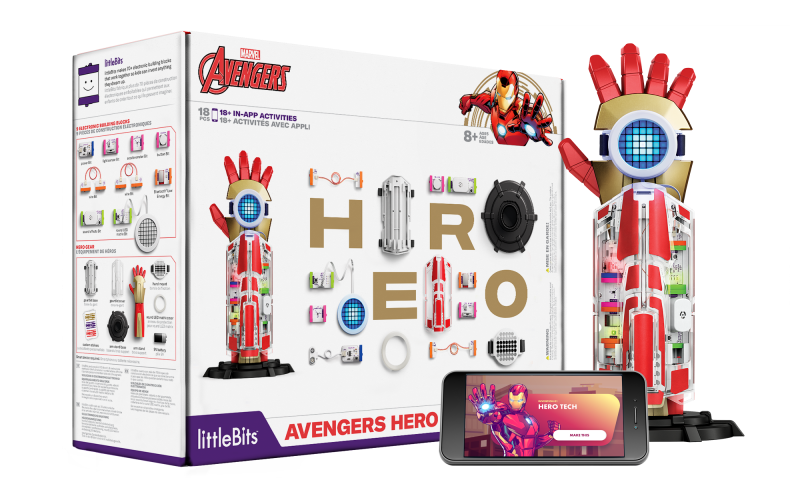 Berberian claims that together Sphero and LittleBits will reach over 6 million students and 65,000 teachers across 35,000 institutions globally. (Sphero already works with more than 30,000 educators in over 20,000 schools through Sphero Edu, its phone- and tablet-based development collaboration platform.) Moreover, Berberian says LittleBits’ and Sphero’s newly unified ecosystem will afford educators access to hundreds of thousands of community-generated inventions and activities and over a thousand lessons tied to standards like NGSS, CSTA, and Common Core.

“When I studied engineering, it was top-down, test-based,” said LittleBits CEO Ayah Bdeir, who founded the company in 2011. “I hated it and wanted to quit every semester. Then I got exposed to the pedagogy of learning through play and my life changed; no one could peel me away from learning, inventing, creating. Together, littleBits and Sphero are now bringing this experience to kids everywhere.”

LittleBits is only Sphero’s second acquisition, after it snapped up Specdrums in June 2018. This marked a turning point for Sphero, coming after a $12 million funding round that brought its total raised to $119 million. After Sphero Mini and Disney-licensed products like Ultimate Lightning McQueen, R2D2, BB-9E, and Spider-Man failed to nab a foothold during the 2017 holiday season, resulting in layoffs at the company’s Boulder, U.K., and Hong Kong offices, Sphero pledged to redouble its commitment to education. 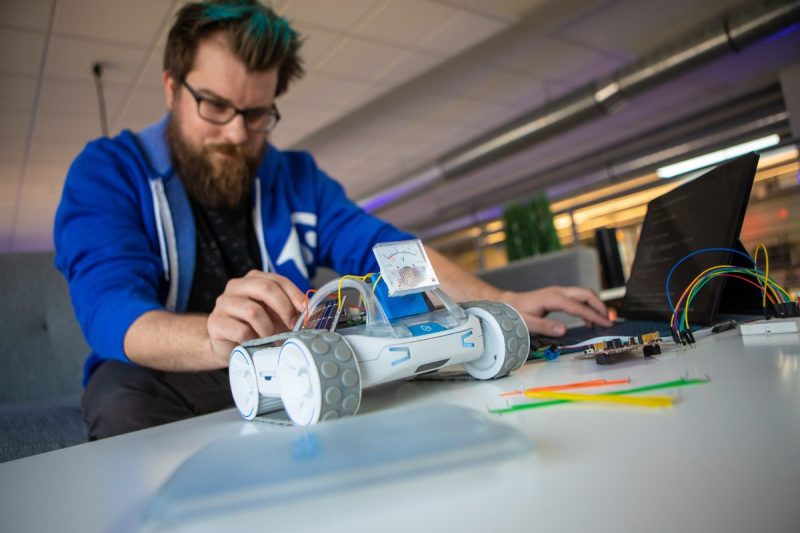 To this end, the company in September 2018 relaunched the Sprk+, an education-focused variant of its smartphone-controlled robot ball that sports a programmable 8 x 8 multicolor LED matrix and an infrared sensor. Alongside it, Sphero debuted a refreshed Sphero Edu experience for tablets, Macs, Chromebooks, and Windows with an interface that let users quickly switch between the Scratch visual programming language and Java. During the 2019 Consumer Electronics Show in January, Sphero brought to retail shelves Specdrums’ app-controlled rings that turn color into sound, and in February the company unveiled the RVR, a fully programmable rover robot for educators and hobbyists.

“Over the [years, we’ve] learned how to build a character, [and] there’s always been a programming aspect to our products,” Adam Wilson, Sphero cofounder and chief architect, told VentureBeat in a previous phone interview. “We got a lot of feedback from educators. We put all of it together, along with what we thought would be the coolest thing to do.”

Of course, Sphero and LittleBits aren’t the only ones vying for a slice of the $150 billion education technology market. In June, iRobot snatched up Root Robotics, a startup founded within Harvard University’s Wyss Institute and focused on developing educational robots for kids. DJI recently launched the Robomaster S1, a four-wheeled robot that teaches kids to code. And Ubtech sells the BuilderBot Overdrive Kit, which competes with countless other offerings from Kubo, Lego, WowWee, Thames & Kosmos, Kubo, and Hasbro.

But Berberian notes that Sphero and LittleBits have collectively sold more than $500 million in inventory to date, and both have established ambassador programs that count over 100 educators among their members. This traction, he’s betting, will lay the foundation for future success.