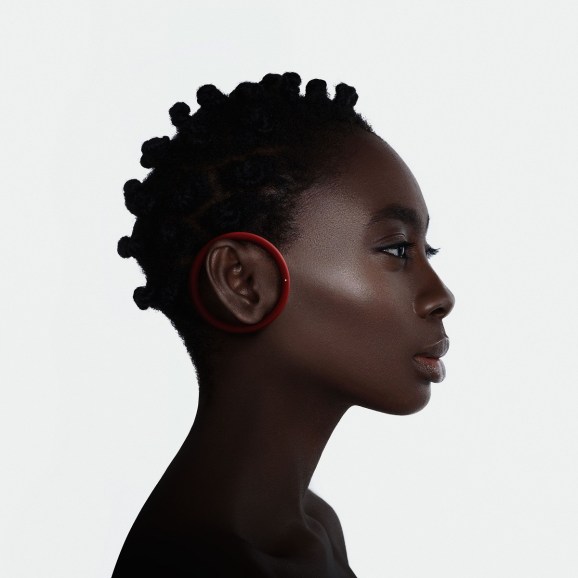 Frog's wireless earpod lets you hear ambient noises as you listen to your speakers.

Frog has been designing high-tech gear for 50 years. Clients often ask the company to design something they have in mind, but in one recent case, a team of Frog designers in New York decided to create their own product in their spare time.

The result is Unum, a pair of socially appealing wireless earpods that might turn into a real product someday. The designers — Adam Wrigley, Francois Nguyen, Jungsoo Park, and Kebei Li — had a chance to design the new headphones during a two-week break between projects. They were inspired by people moving through the streets of New York City and relished the chance to pursue creativity for its own sake. I had an opportunity to talk with them about the project.

“You see a lot of people walking around with headphones on, a lot of people biking with headphones on,” said Wrigley, who has worked at Frog for nine years and is a principal design engineer. “And there’s always a question, ‘Can that person hear me?’ They are in their own little world. And I got into thinking about, you know, how headphones work and how the current social use of headphones is. You put them on to close yourself off from the world around you and kind of create your own little bubble.”

“What if we could make [a headphone] do the opposite of this?” Wrigley said. “Take it from your own isolation from the world around you, and not just do that at a functional level. If you’re wearing what we’ve designed, everyone else could see that you can still hear them, that you’re not cut off from the world. And that’s what fires singular circular shapes [for this design].” 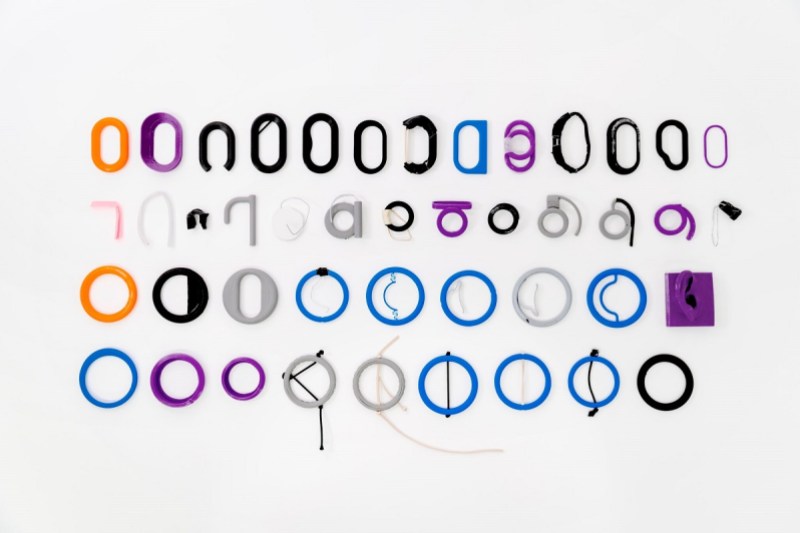 In the end, the team at Frog came up with design you see pictured above. They created a ring that hangs around your ear, with speakers for the sound built in. Ambient noise gets in. You can hear someone speaking to you. You can still hear your music or recording via the circular form, but it’s not all-consuming because your ears are still exposed.

It is a brilliant idea, and hopefully a new client will take Frog up on the design and make a product out of it. In the meantime, the company is showing it off to the world. 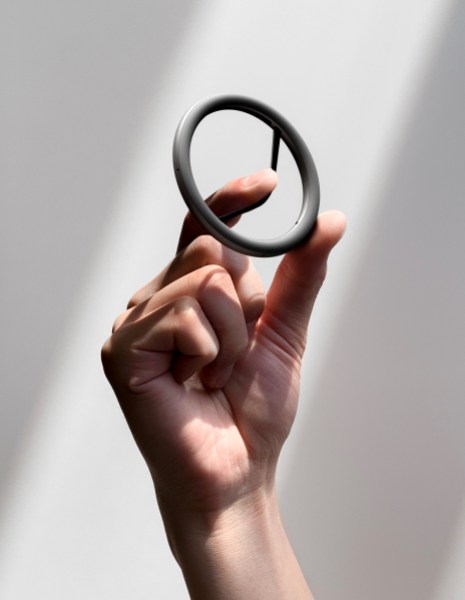 Above: The Frog Unum

In the future, voice assistants will become so ubiquitous that the constant connection to our personal headphones will create an extremely isolating social experience. At the same time, consumers will need headphones that support augmented audio experiences without disrupting their real-world communications.

The tech incorporates advanced micro-drivers and acoustic design to precisely channel sound into the ear. And unlike Apple AirPods, Beats, or other personal headphones, this design purposefully signals a new social etiquette.

“Even with a product like the AirPod today, there is still a lot of social stigma about walking around with them on and talking to people,” Wrigley said. “You don’t know if they have the volume turned up and if they can still hear you. With these on, people will still feel free to come up to you and ask you questions, or maybe you can talk to a cashier without having to take them off. It’s a different use case if you have a headphone that you never have to take off.”

Nguyen noted that social norms around technology are constantly shifting. 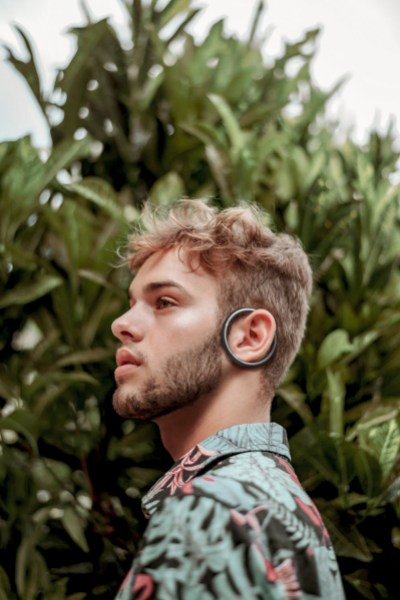 Above: Frog’s Unum lets you hear while you’re listening to music.

“There were times when wearing glasses was strange,” Nguyen said. “Now people embrace lenses for framing their faces. This could also be a fashion statement that frames your ear.”

The design still has to be implemented as a product, which would involve going through the usual engineering design steps. Because the battery goes behind the ear, there’s the possibility it could make the rings too heavy. But the team has made many different kinds of prototypes to address potential issues.

Wrigley said that in addition to the directional speakers, each ring has four microphones so it can be aware of its surroundings (noise cancellation for voice calls or active volume dimming if it thinks you’re engaged in a conversation). It also has proximity sensors so it knows if you’re currently wearing it, and various sizes of silicone bands to custom-tailor the fit to your ear.

The name Unum came from E Pluribus Unum, the Latin phrase that means “out of many, one.” It’s on our currency and the Great Seal for the U.S.

As for what Frog plans to do with it, Wrigley said, “This is a concept to provoke conversation. Everyone was so closed off, particularly when they’re riding bikes. How unsafe is it to not be listening?”