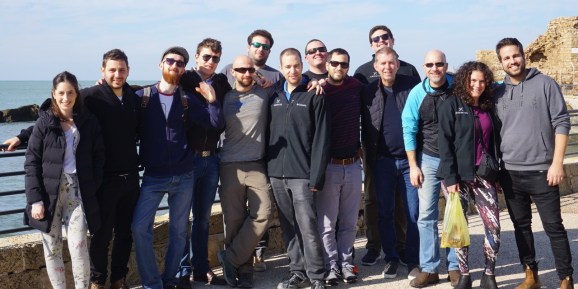 It comes after something of a banner year for Axonius, which saw annual recurring revenue climb by 400% over the past eight months as the number of assets managed by its tools grew to over three million. The company was recently shortlisted as one of the 10 finalists in a contest at leading cybersecurity conference RSA, and it currently counts a number of Fortune 500 brands among its customer roster, including The New York Times, Schneider Electric, ThermoFisher, Landmark Health, and AppsFlyer.

“We’ve found a way to solve this decades-old problem, and this funding will allow us to double down on our mission to enable our customers to take control of their assets and rest assured their environments are secure,” said Sysman, who cofounded Axonius in 2017 with Avidor Bartov and Ofri Shur after a five-year stint in the Israel Defense Force.

For the uninitiated, Axonius’ agentless solution aims to streamline asset management and spotlight coverage gaps by automatically validating and enforcing security policies. It connects with existing software and networking gear to build an inventory of assets that spans cloud and on-premises environments, whether said devices are managed or unmanaged. Furthermore, it supports one-off and ongoing queries that help to illustrate how assets relate to security policies, and it features trigger functionality that enables users to program rules that kick off enforcement responses like software installs and device scans.

OpenView partner Mackey Craven, who plans to join the company’s board of directors, asserts that these and other features put Axonius leagues ahead of sometime rivals Zededa (which raised $15.9 million in February), Armis Security (which secured $65 million in April), Vdoo (which recently nabbed $32 million), and Mocana (which raised $15 million in March). “There’s a tendency to solve enterprise-level problems with complex, heavy solutions,” he said. “But Axonius is taking the opposite approach by solving asset management with an elegant solution that customers love. It’s time we turn the tide on a problem that has plagued organizations for decades, and we believe Axonius is well positioned to do just that.”

In any case, research firm Markets and Markets anticipates the enterprise device market will reach $8.2 billion by 2024, spurred on by the growing popularity of bring-your-own-device policies and indefatigable cyberattackers. A Verizon report found that roughly one in three organizations suffer data breaches due to compromised mobile devices, while another study suggests that businesses are unaware of 40% of the connected devices in use in their environment.