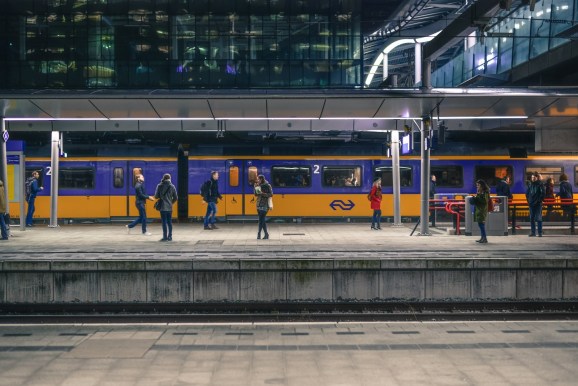 It just became a whole lot easier to route-plan with Google Maps, Google’s cross-platform mapping service for mobile and the web. The Mountain View tech giant this morning announced that Maps will gain a feature that’ll let you string public transit directions together with biking and ride-sharing options. It’ll roll out in the coming weeks on Android and iOS in 30 countries around the globe, with more to join down the line.

“Maps has always helped you get from place to place, whether you’re driving, walking, biking or taking public transit. And we know that transit journeys can be complex — often involving multiple modes of transportation to help you get around town,” wrote Google in a blog post. “[That’s why] we’re making it easy to pair transit directions with biking and ride-sharing options so you can travel that first or last mile with ease.”

Starting today, entering a destination in the Maps search box and tapping on Directions and transit shortcuts will bring up routes with ride-sharing and cycling options mixed with transit directions. If you’re taking a ride-sharing vehicle, you’ll see information about each leg of your trip, including the ride’s estimated cost, length, traffic, and departure time, and if you’re biking, you’ll see routes tailored for cyclists along with transit information. 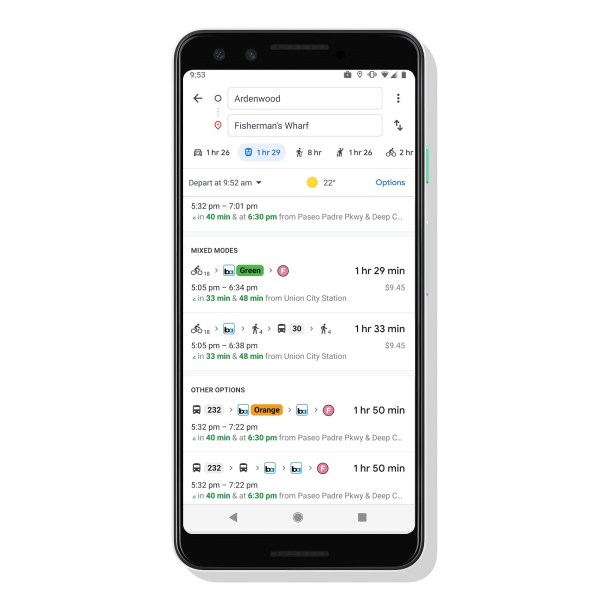 Above: The updated Google Maps app.

It’s here where you’ll also be able to choose your preferred ride-share provider (e.g., Uber or Lyft) and other available ride options, like pool or economy.

“Say you’re taking the subway home from a friend’s house, but your apartment is a bit too far from the station to get to on foot. Catching a ride-sharing vehicle can help you travel that short distance quickly,” wrote Google. “Or, you’re headed to work at the peak of the busy back-to-school season so you need to ride your bike to the nearest bus stop to make that important 9 a.m. meeting on time.”

Maps’ new capabilities come as firms like Uber embrace multimodal transportation, as public transportation experiences a surge in popularity. Separately, it follows on the heels of several transit-related improvements to the Maps experience, including a predictive feature that tells you how busy a bus, train, or subway ride will likely be and live bus delay forecasts powered by machine learning.