Ready, the maker of The Ready Games hyper-casual esports tournament platform, has raised $5 million in funding.

Bitkraft Esports Ventures led the round with participation from new investors Comcast Ventures and Eldridge Industries. Ready defines hyper-casual games as simple tap games where the player can control gameplay with no more than two tap gestures.

Ready will use the new funding to grow its audience of engaged players and to accelerate overall growth in the competitive hyper-casual gaming market. Ready has an in-house game studio which enables The Ready Games to launch three brand new games each week.

That provides a big library of unique and fresh tournaments for casual gamers to compete in. Because they can essentially create games in real-time, they are able to embody a Saturday Night Live approach to game development, publishing games that tie into current events like NASA’s Opportunity rover, Kanye West’s and President Donald Trump’s tweets, and El Chapo’s escape. 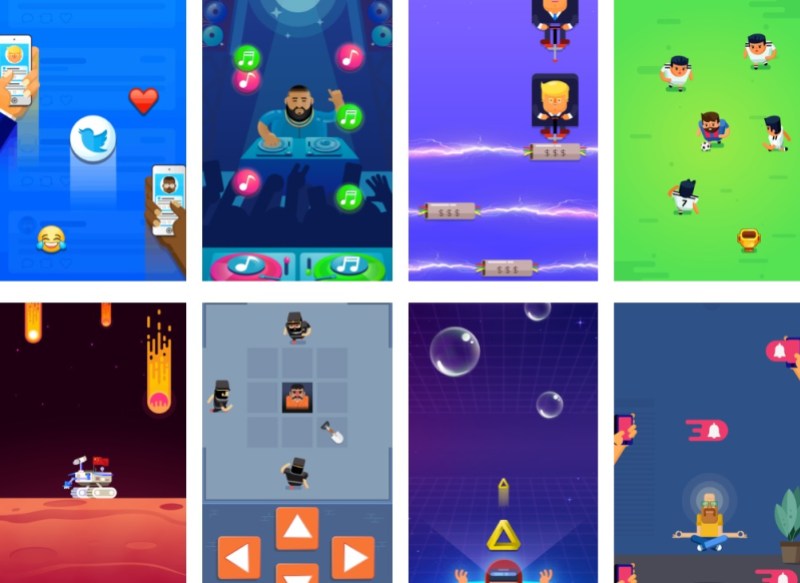 Above: The Ready Games

New hyper-casual games drop every Monday, Wednesday, and Friday at 3 p.m. Eastern — with an extra “Secret Game” over the weekend.

Players have unlimited practice runs to hone their skills, but they each have only one official run to compete for the prize and achieve the highest possible score.

“The gaming industry often overlooks one of the most significant audiences – women. In the U.S., 65% of women play mobile games, and they represent almost half of the mobile gaming population,” said Scott Rupp, a partner with Bitkraft Esports Ventures, in a statement. “The Ready Games powered by Ready Maker game development technology has become one of the most prolific mobile developers in the App Store, catering to the rapidly growing audience of female gamers. We believe this team can continue their momentum with this funding and grow a global community of people playing competitive hyper-casual games for cash.”

The top 20% of high-scoring players get to split prize money. The Ready Games is experiencing 30% month over month subscriber growth.

“With touch-enabled devices everywhere, games are no longer exclusive to ‘hardcore’ players. There’s a huge, untapped market for casual games that can be enjoyed competitively by a diverse audience that does not identify as traditional gamers,” said David Bennahum, the CEO of Ready, in a statement. “With our new financing and leading gaming investors joining us, we now have the resources to make our vision of opening up esports to everyone, a reality.”

The Ready Games is available for free on iOS and Android in the USA and Canada. You can get “extra lives” via in-app purchases for additional attempts at the prize or players can sign up to the Ready+ subscription, priced at $5 per month, for extra lives and exclusive features.

“Ready Games’ platform and robust portfolio combined with the team’s topical and humorous approach to hyper-casual gaming appeals to a broad audience beyond traditional hardcore gamers, effectively bringing competitive gaming to the mass market,” said Kai Bond, a principal at Comcast Ventures, in a statement.