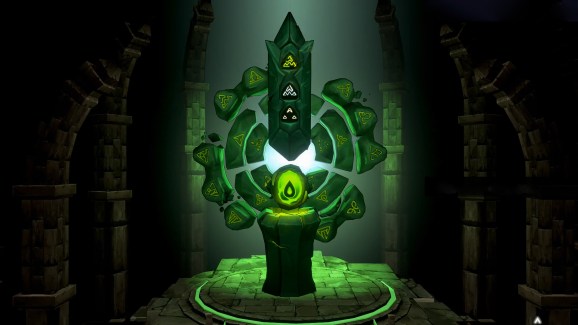 Wheel of Fate is a role-playing game that uses AI to create a world with thousands of decisions.

Game developers use artificial intelligence in a number of ways: to generate grass and flowers, test bugs, and better enable teams to work on games from multiple locations worldwide. UDX Interactive is using AI for a system to give its role-playing game a system that provides for thousands of choices with Wheel of Fate, a role-playing game.

At the helm is Miles Holmes, a veteran game designer whose credits include BioWare (Mass Effect 2), Ubisoft, and Gameloft. At the center of this idea is a wheel, and when you spin it, the actions and story impacts influence the outcomes of the next spin. It sounds intriguing as hell, and Wheel of Fate is taking this idea to Kickstarter in mid-September.

UDX has already received funding from the Canadian government (along with putting CEO Daniel Vivona’s own cash into it), and CEO Vivona said in a phone interview that the studio would be seeking somewhere between $20,000 and $30,000 to make Wheel of Fate bigger. But even without Kickstarter, Vivona said UDX will put out the game. It’s looking for a publisher or other partner, and it plans to release Wheel of Fate one chapter at a time. Vivona got interested in game development as a modder for the original Neverwinter Nights, an RPG from BioWare that had an extensive toolset for community-created content.

Game Pill (a work-for-hire studio) is UDX’s partner on Chapter 1, and it’s working on art, design, and development with UDX.

Wheel of Fate takes place Providence. Fate is an actual god here, and the legions of Fateless (a threat from a thousand of years ago) are threatening your home of Kismet’s Falls (the naming isn’t subtle here).  All your adventures take place in this one town and a dungeon inside it (like a number of old-school RPGs), but this helps the AI do its work. It uses procedurally generated dungeons, and the choices you make help craft these labyrinths, the monsters inside, and the loot you find. You make choices with a wheel with branching decisions. If you pick the path of knowledge, the results will focus more on you learning something than, say, conflict, which may lead to a fight

It also features what UDX calls the Active Response Battle system, a turn-based combat scheme. It operates similar to battle systems from games like Grandia, in which an action gauge determines when you characters (and foes) execute their attacks, spells, and so on.