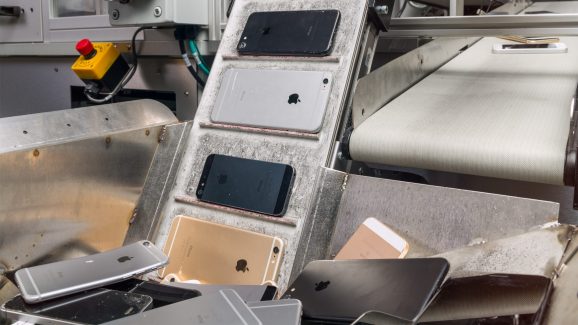 After years of complaints, Apple today launched a certification program that will enable independent repair shops to gain access to the same parts, tools, and training as Apple Authorized Service Providers (AASPs), expanding the availability of genuine Apple parts to a wider number of customers. Following a successful 20-company pilot in North America, Europe, and Asia, the program is officially debuting in the United States, Apple says, and will expand to other countries.

There’s no direct cost to join the program, but a business will need to have an Apple-certified technician to perform repairs — a process the company says is “simple and free of charge,” requiring a commercial rather than a residential address. If a business qualifies for the program, it will be able to access genuine Apple parts, tools, training, repair manuals, and diagnostics for the same cost as AASPs, potentially putting your local repair shop on the same footing as a Best Buy.

“To better meet our customers’ needs, we’re making it easier for independent providers across the U.S. to tap into the same resources as our Apple Authorized Service Provider network,” said Apple COO Jeff Williams. “When a repair is needed, a customer should have confidence the repair is done right. We believe the safest and most reliable repair is one handled by a trained technician using genuine parts that have been properly engineered and rigorously tested.”

As announced, the program will help customers with “the most common out-of-warranty iPhone repairs,” including iPhone display and battery issues. No mention was made of non-iPhone repairs, at least as of yet.

While consumers have sought out less expensive repairs of Apple devices, that savings may be based on parts supplied by other companies — an issue that can impact an iPhone’s performance. Earlier this month, independent repair shop iFixit noted that Apple has activated a warning within iOS 12 and iOS 13 that tells iPhone users that their batteries weren’t authenticated by Apple or an AASP.

By expanding access to official solutions beyond its existing 5,000-AASP network, Apple is decreasing the chance that a rogue battery might cause an issue. That’s assuming its own parts don’t have problems; the company recently had to recall hundreds of thousands of 15-inch MacBook Pros over potentially dangerous battery issues.