Control may seem like a deep game with its paranormal story and world. But honestly, as prominent as alternate dimensions and reality-bending abilities are here, they’re all kind of … dumb. And I wouldn’t have it any other way.

This new third-person shooter from Remedy Entertainment is out now for PC, PlayStation 4, and Xbox One (which I’m playing it on). When it comes to the gameplay, Control is kind of like if those Star Wars: The Force Unleashed titles were third-person shooters instead of melee-focused action games. A lot of your abilities, notably being able to pick up and throw objects with telekinesis, definitely have Jedi vibe to them.

But we all know why Jedi have powers like that (midi-chlorians!). Why does Control’s hero, Jesse, have these abilities? I’m not sure! I think it’s because she picked up a magic gun. Or it might have something to do with the magic being in her head.

It’s all a bit confusing, which is not the same as being deep or clever. I mean, the game takes place inside of the Federal Bureau of Control. I might have even rolled my eyes a little when hearing that name for the first time.

Honestly, I kind of love this schlock. I don’t really understand what’s happening, and the game world hasn’t done a whole lot to explain its rules and limitations. But that’s a big part of the fun. I’m not sure what’s going on or what the world or characters are capable of. Sure, there’s a trade-off there, as a story that can go anywhere can become so far removed from reality that it can be hard to identify or relate with anything. Such a wacky world can also lead to some sloppy storytelling decisions, including Jesse’s constant inner monologues. Many characters and events often feel weird for the sake of being weird. 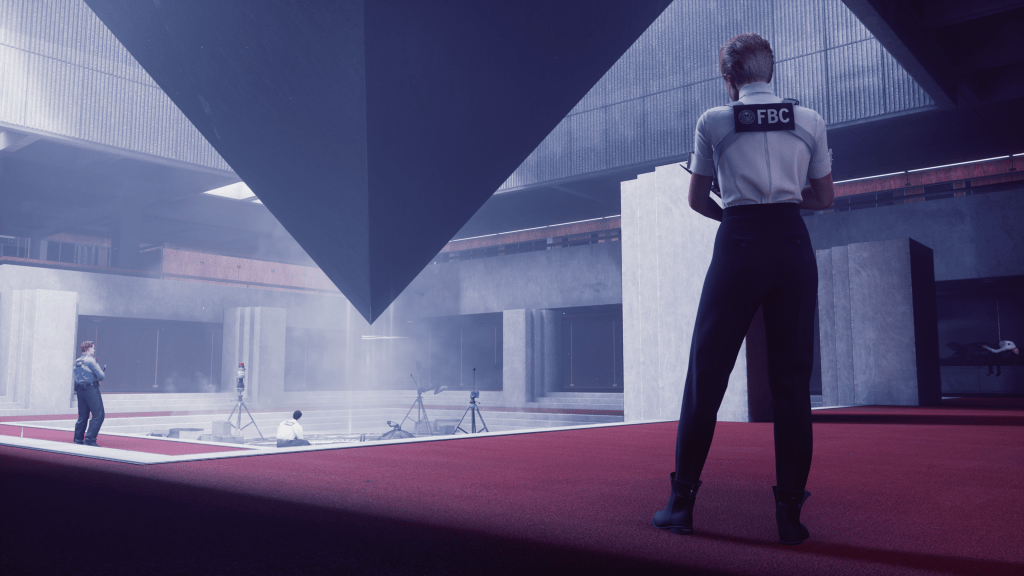 But the gameplay? Oh, it is smooth. The shooting is responsive and snappy, and that magic gun I talked about earlier is super cool weapon. It can morph between different forms, ones that mimic traditional guns like pistols or shotguns, and it reloads automatically whenever you stop using it long enough. This creates a flow to the combat that’s a bit different than other shooters, especially when you start using all of those supernatural powers. Picking up and throwing objects is as much fun as it was in games like The Force Unleashed or even Half-Life 2.

A change of pace

I have been playing a lot of ongoing, service-based games and RPGs lately. After months of World of Warcraft, Final Fantasy XIV, and Fire Emblem: Three Houses, it’s nice to play something a bit more simple. And although I called the story schlock, it is the fun kind of schlock. There’s also a lot of it. Like in games like BioShock or Deus Ex, you can find a lot of supplemental materials around the world — memos, recordings, etc. — that give you some more background information on the world and characters. I mean, it’s all still silly, and I often ignore most of it. But if you really want to learn more about why the magical horse carousel gave you a superpower, it’s there for you.

Some of this supplemental material comes from a clever source. Throughout the game, you’re discovering “objects of power” like that carousel that give you new abilities. One of these is an old phone that lets you hear the thoughts (or past conversations or something) of dead people. It’s a creative and creepy idea.

Again, the actual substance of what these monologues give out is often a bunch of dime store science fictional novel drivel. But that’s the point. Control is like a B-grade science fiction story with A-grade gameplay. All of that schlock adds to that feeling of coming across some random sci-fi movie on cable at 1 a.m. when battling insomnia. It’s not good for you, but it can be compelling all the same.