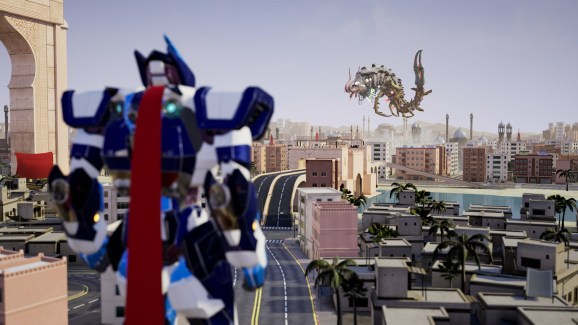 Modus Games announced today that it has acquired Override: Mech City Brawl developer The Balance Inc., a studio based in Brazil. It will become Modus Studios Brazil, the publisher’s first development studio.

Override is an action game that has players controlling giant robots. It can be played solo or with four people cooperatively. It came out for PlayStation 4, Xbox One, and PC last December, and a Switch version is releasing later this year.

Modus is a new label for Maximum Games, one that is focusing on indie titles. This is Modus’s first studio acquisition.

“This is one of many giant steps for Modus as we strengthen our goal to bring triple-A publishing services to independent developers,” said Christina Seelye, chief executive officer of Modus Games, in a press release sent to GamesBeat. “With the creation of Modus Studios Brazil, we will be better positioned to fund and support burgeoning markets and enhance Modus IPs.”