Tech Will Save Us has unveiled its new flagship product, the Arcade Coder, via a crowdfunding campaign on Kickstarter.

The Arcade Coder is an educational product that is a tactile, programmable game console. It helps kids become confident game designers.

Not just for the kids

The Arcade Coder is a 12-inch by 12-inch board with 144 multi-colored LED buttons that are all fully programmable and controllable.

An evolution of the traditional board game, the Arcade Coder teaches kids ages six and up (and their parents) easy-to-learn block coding and how to design their own games.

Kids also learn the foundation of game mechanics, like speed, levels and point systems. They can customize games using pre-coded projects or invent brand new ones, totally from scratch. By putting their coding skills into practice, they can even experiment with LED animations.

No need to know programming

Those who have never coded before can establish and build their coding and creative-thinking skills by experimenting with the board and Games Studio iOS app. This seamless physical and digital experience means families who took part in user testing never viewed the Arcade Coder as screen time.

The more families play, the more they learn, the company said. The free Games Studio iOS app allows players to access step by step video and animation based tutorials to complete, and new projects and challenges are unlocked along the way.

Each level is more challenging than the next, which means coding and creative problem-solving skills are tested at every turn. Once all of the skill badges have been collected, you’ll be crowned Master Game Designer. A subscription with new games, add-ons and activities is also in the works. 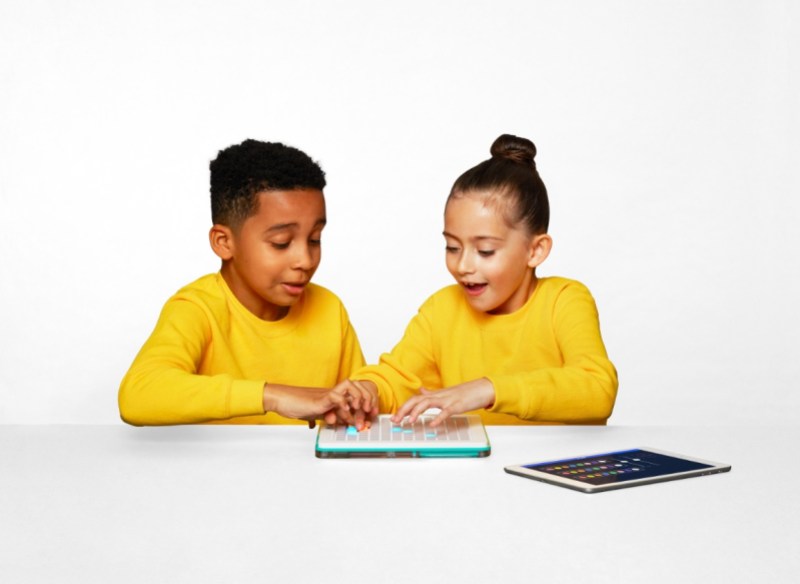 Above: Tech Will Save Us has launched a Kickstarter campaign.

Image Credit: Tech Will Save Us

The next generation of game designers

Testing with kids is core to London-based Tech Will Save Us’s product development process. From workshops and research, the team at Tech Will Save Us knew that gaming as a theme was appealing to children of all ages and an amazing way to introduce valuable learning outcomes in a fun and creative way.

According to research compiled by WePC, there are more than 2.5 billion video gamers worldwide. The number of kids playing video games is on the rise too.

91% of kids aged 2 to 17, approx 64 million, are turning to video games to entertain themselves. While it’s evident video games are rising in popularity year on year, Tech Will Save Us’s aim was to create an experience that would unleash creativity and teach kids the design process behind the game rather than continue to fuel the trend for passivity.

Further exploration identified a need in both children and parents for tactile digital experiences that offered more than just a screen and encouraged spending time together as a family enjoying them. According to the 2018 Lego Play Well report, 95% of parents said play builds stronger family bonds.

“Tech toys tend to lean into harder skills like maths and coding,” said Chris Catton, head of product design at Tech Will Save Us, in a statement. “However, we recognize that skills such as critical thinking, collaboration, communication, and creativity are more important for children to master for their future working lives. Understanding how games are designed and mastery of the tools to build new ones provides a unique way to deliver these learning outcomes within a fun and social setting.”

With the Arcade Coder, coding = creativity

In addition to teaching kids game mechanics, the Arcade Coder also offers an exciting creative outlet — Painter Mode. In this mode, kids “paint” pictures with illuminating, multi-colored LED lights and animate them with those newfound coding skills. With this tool, kids get to express themselves creatively and artistically.

Getting started with the Arcade Coder is easy. You download the iOS game studio app for iPad and connect via Bluetooth. It comes with a rechargeable battery and a range of ready to play
games for up to four players.

This way, kids become comfortable with the Arcade Coder, the app and gain an understanding of how the games work before they start designing their own. Kids choose to play solo or let family and friends join in — the Arcade Coder is specially designed for hours and hours of quality time. 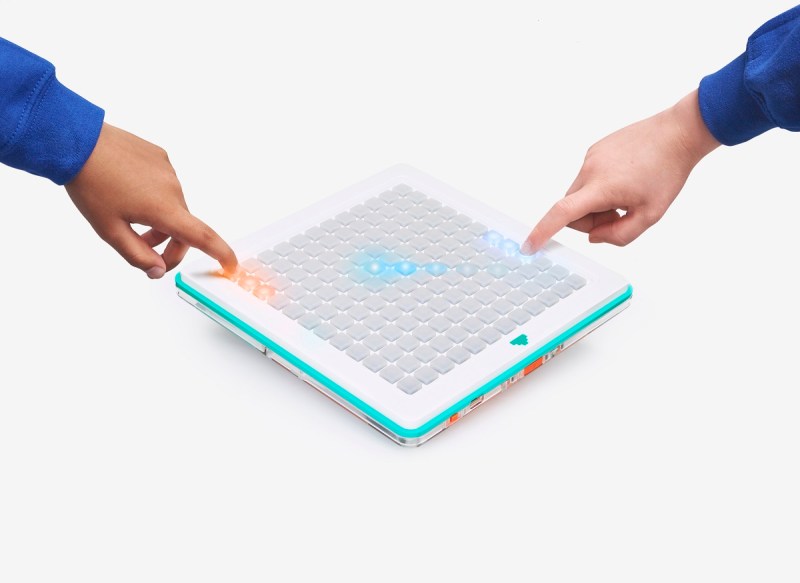 Image Credit: Tech Will Save Us

The Arcade Coder will launch on Kickstarter on Friday 30th August with Super Early Bird pledges starting at $96 offering a 25% discount off the regular selling price.

“The most exciting thing about the Arcade Coder for me personally, is we believe that this will drastically change how people are spending family time because it is not just an individual gaming experience on a screen, but a multiplayer gameplay experience for friends and family,” SAID Bethany Koby, CEO and cofounder of Tech Will Save Us, in a statement.

Cofounders Koby and Daniel Hirschmann founded Tech Will Save Us in 2012 with a mission to inspire kids by combining the power of play with the possibilities of technology through toys. The company has 28 employees.