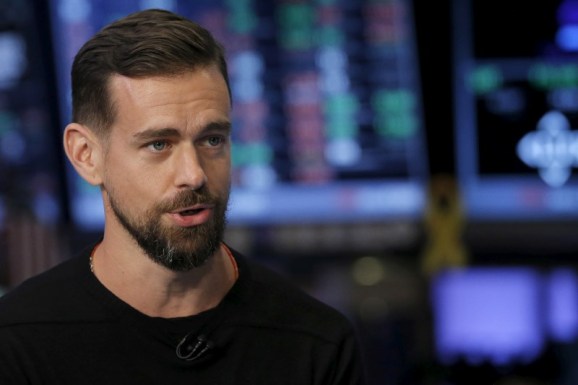 Jack Dorsey, CEO of Square and CEO of Twitter, speaks during an interview November 19, 2015.

A group called the Chuckle Gang used the account to send tweets to Dorsey’s 4 million followers to promote a Discord server and use racial slurs.

Those tweets were erased, but it appears they were sent from an app called Cloudhopper, an SMS service acquired by Twitter in 2010.

The phone number associated with the account was compromised due to a security oversight by the mobile provider. This allowed an unauthorized person to compose and send tweets via text message from the phone number. That issue is now resolved.

Hackers that managed to break into accounts for Google CEO Sundar Pichai and Facebook CEO Mark Zuckerberg also got a hold of Dorsey’s Twitter account in July 2016.

Imagine getting hacked on your own app

In 2012, Dorsey said he hacked an email server to get his first job.

VentureBeat reached out to Twitter for further information but a spokesperson declined to provide additional information.

Updated 8:55 am August 31 to include additional explanation from Twitter.