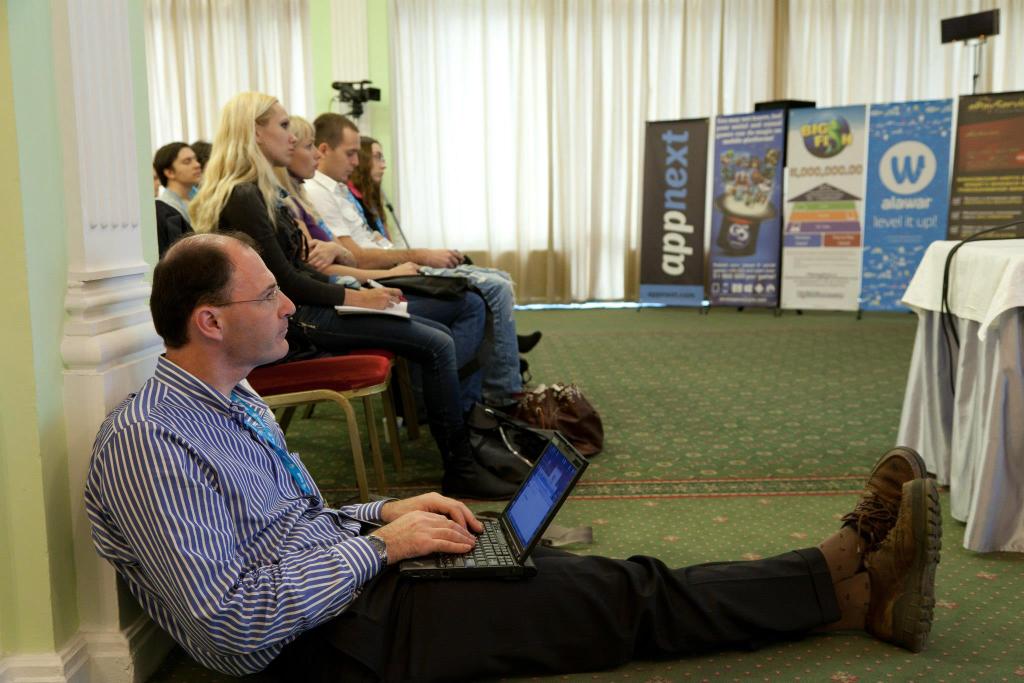 GamesBeat: If you think of those high rollers, they sometimes have this entitled attitude. “I deserve all this. Where’s my red carpet?”

Berry: I don’t work in the business, but I’ve heard anecdotally about those things. It’s analogous to the casinos. I’ve heard that some companies will run special events and invite all their whales. “Hey, we’re thinking of putting a new dragon here. Should it be red or silver? What do you think we should call it?” They make them feel special.

GamesBeat: One company told me that sometimes they will ask, “Can you make the game easier for me to win? Then I’ll continue to support your game.”

Berry: Again, I don’t work for any game studios, but I would say no. Let me work with you. Let’s do something else. We’ll name a town after you. We’ll build a land just for you and you can be king. There’s plenty of things they can do to placate them and make them feel special rather than just unbalance the game. Nobody likes to play a game that’s unfair.

GamesBeat: I don’t know if this gets to the difference between Chinese gamers and Americans. Do you see a difference there, where the Chinese accept that VIP status and the notion that you can pay to win in a lot of games?

Berry: I worked for Facebook. China is a non-starter for Facebook. [laughs] I don’t have as much experience in all those things. All the stuff I used to monitor was outside of China.

GamesBeat: It’s what some of the Kabam people used to tell me. They had to build a VIP part of Marvel Contest of Champions in the Chinese version because they didn’t have one in the west. They had to create this part of the game that allowed them to dominate if they were VIPs. It’s an interesting difference between cultures.

Berry: If the rules are clear and everyone’s aware of what’s going on, I guess it works. People don’t like the rules to change, though. If they’re consistent, at least, and everyone does it that way — certain cultures, I used to go to Kyiv. It’s bribery of a kind, but if you got stopped for speeding, you could slip the officer a bit of money rather than take the day out to go to court and prove that your records are in order. It’s just easier. It’s an accepted part of the culture because unfortunately the police aren’t paid enough to live in the center of the city. It’s a corrupt system, but it’s balanced. People know what’s going on.

GamesBeat: I saw your TEDx talk. That was funny. You have this knack for being able to be enthusiastic and passionate about data.

Berry: I blog quite a lot. I have one of the top 10 data science blogs on the internet. I used to post once a week, but my cadence has slowed down quite a bit. I like to explain things. I think it’s important.

GamesBeat: I got a sense you were proud of the data science profession.

Berry: It’s kind of weird because I have no formal training. Again, people ask me about going to school. “Should I do this? Should I do this?” I don’t know. All of it seemed like common sense to me. Always having a goal — measuring data for the sake of measuring data is unimportant. I can monitor the number of cups of tea I drink, but why? You have to have a goal. I want to improve this, so I measure this.

If you want to make a change, measure a baseline. Now make a change. What’s the A/B test? We’ll do this. Now we have a new hypothesis. What percentage change do I need to see in the output that could be attributed to this particular change? Facebook was amazing at that. They had these controls so we could roll out a certain part of the site to these people, a certain other part to these people. It was for subtle changes, a few pixels here or there, changing the font size. A little bit of this, a little more of this, and they would gradually roll things out. They’d have a holdback group and all this stuff. A lot of tools empowering people. You could come in the morning with an idea and by the afternoon have a test live in production, working out what was going on.

GamesBeat: It sounds like a data scientist’s dream. There was so much data there.

The core data science team is still there, and they’re given the larger projects, the bigger things, ivory tower stuff. The tools get better every year. It used to be the data scientists would go through and extract all the data. Now the web front end lets you drag and drop and move things around. It’s easier and more accessible. People can access the data very quickly.

GamesBeat: About a year ago, one of these UW grads got a $50,000 salary for a PR job. Their two roommates graduated with data science degrees and got jobs right off the bat for more than $100,000.

Berry: It’s a trendy title. Data science means a lot, analytics and all the way through. The latest trend is AI and machine learning. It’s an overused term as well. Microsoft AI, you can do this. It’s just a set of rules. 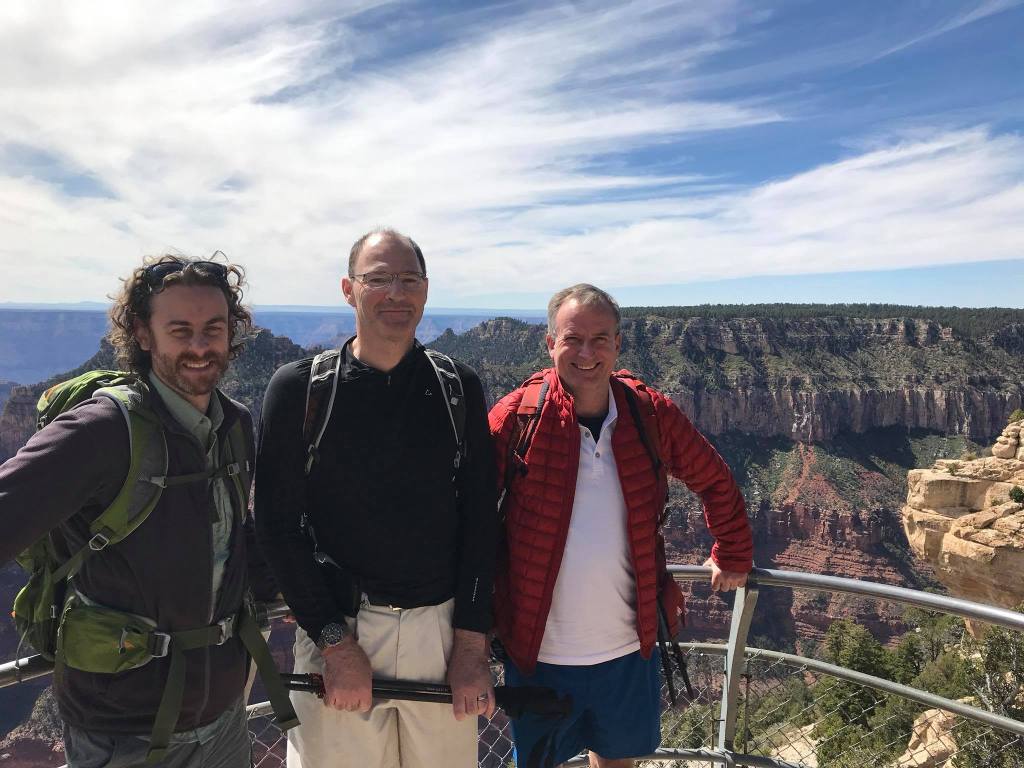 Above: Nick Berry (middle) at the Grand Canyon.

GamesBeat: It looked like you applied data science to your illness.

Berry: A little bit, as much as I know. It’s more the other way around. What I’m doing is allowing anybody to — as you know, I have stage 4 cancer. It started as colon cancer, and it’s metastasized. I’m on a research drug, and what they’re doing is just measuring me 12 ways from Sunday. Every week I go in there and they take vials of blood. They measure this and that. I’m turning my body into a series of data points, so it’ll help somebody downstream of me, if I can make a change to something. There’s not much that I’m doing, but I’m providing data points for somebody else.

GamesBeat: You’re in a better position to understand it than most people.

Health is still one of those interesting — it’s very personal and very private. I can understand people anonymously aggregating. There are probably wonderful things we could do if everybody opened up their body and said, “Hey, measure me.” Who knows what statistically significant things we could have found out? If they’d measured everything about me every year, maybe they could have found some precursors to what’s going on. Maybe they’ll find something out from my research that can help my kids, who might be more likely to have all these things.

It’s very sensitive data. There could be a huge amount of value if everybody went to have a complete workup and then all provided it anonymously into the cloud. We could find some wonderful things. But I’m not sure how that would happen.

GamesBeat: You got the value of clarity from them, the picture of what’s going on.

Berry: Yes. They have some survivability, half-life curves that tell you about the expectations. I’m part of a clinical trial, test subject number one. Two and three now follow me. I don’t know how well this is doing, whether it’s going to improve things. We’ll have to wait and see as to how things go.

GamesBeat: I saw you put it as you can see how much runway you have.

Berry: The day I had the diagnosis they said I had six months without treatment. If I started the treatment, the odds were that I’d have a 50-50 chance of getting to two years, which of course you take. That was the vanilla cancer treatment. On the research drug I signed up for, that may help improve those things.

Unfortunately, the five-year survivability for the cancer I have—I think it’s eight percent. I keep my fingers crossed. I’d like to see my kids graduate high school. That would be a goal. It’s a difficult conversation to have with your kids, that you might not see their high school graduation.

I’m at peace. I got through all those stages pretty quickly, denial and bargaining and all. It is what it is. I’m just doing all that I can to keep healthy. 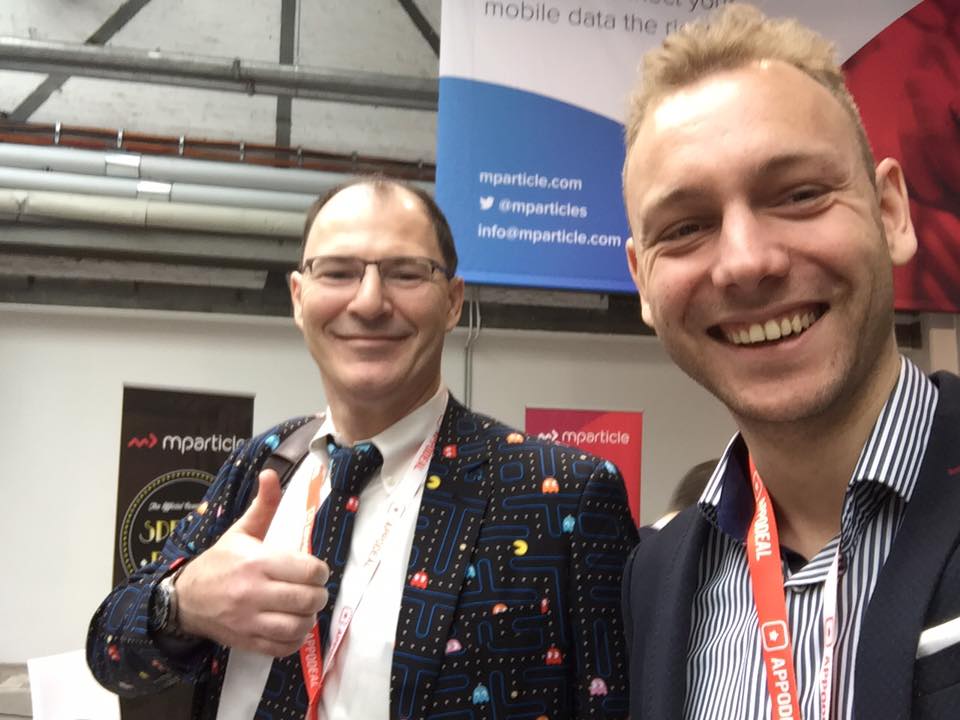 Above: Nick Berry (left) in a Pac-Man jacket.

GamesBeat: How did you then decide what was really important to you? I can see you’re doing some of those things.

Berry: I’m not really sure. I don’t think I’ve come to a conclusion. Some days I live normally. Other days I try to make memories, is the best way I can describe it. When I was diagnosed I didn’t feel anything at all. Your body doesn’t have pain receptors on the inside, so I didn’t feel the cancer growing inside me. The side effects of the chemotherapy are actually worse than the thing itself. It’s going to come down to a quality of life issue. The chemo is gradually killing me, but so is the cancer. At some point, the chemo ceases to be effective because the cancer mutates, or I just can’t deal with it anymore. I’m not at that point yet.

I can’t visualize where the end of the runway happens. They talk about figures, but — a 50 percent chance, a 25 percent chance, this half-life going down, it’s kind of meaningless when you don’t have any feeling as to how — I guess someone who goes out and gets knocked over by a bus doesn’t know today will be their last day. It affects you in weird ways sometimes. I bought a new pair of shoes and I thought, “I wonder if this is the last pair of shoes I’ll ever buy.” [laughs] Such a bizarre thing. I just took my kids to Disneyworld. “Is this the last time I’ll go to Disneyworld?” That’s a weird feeling to think about, that you wouldn’t normally think about.

GamesBeat: You can prioritize that too. Should I put Disney World off, or should I go now? Going now makes sense.

Berry: It does make that a little easier. I’m also trying to simplify my life. I’m still dealing with my parents passing away. There’s still the estate. I’m trying to deal with trust funds and bits and pieces because my father left money in the U.K. and the U.S. It’s a nightmare. Years later that’s not been resolved. The last thing I want to do is leave behind a pile of things for my family to deal with. I’m in the process now of simplifying finances, life, and other stuff.

Other silly little things as well. I have a library at home. I love books. I’m a nerd. Every kind of programming book or math book or engineering book. I’m inviting friends round to the house and saying, “Hey, come around for a beer and help yourself. Pick a couple of books from the shelf.” Rather than going to Goodwill. I know they’ll appreciate this. “Here are some CDs you’ll like.” I’m giving away things to friends and family, people I love because it gives me pleasure knowing it’ll go to someone that will appreciate it. I have some paintings and pictures. “Have this, have this.”

GamesBeat: Legacies, in a way.

Berry: Just giving it away to other people who’d appreciate it. If you’re ever in Seattle, you can come on by. [laughs] Help yourself to my library of things.