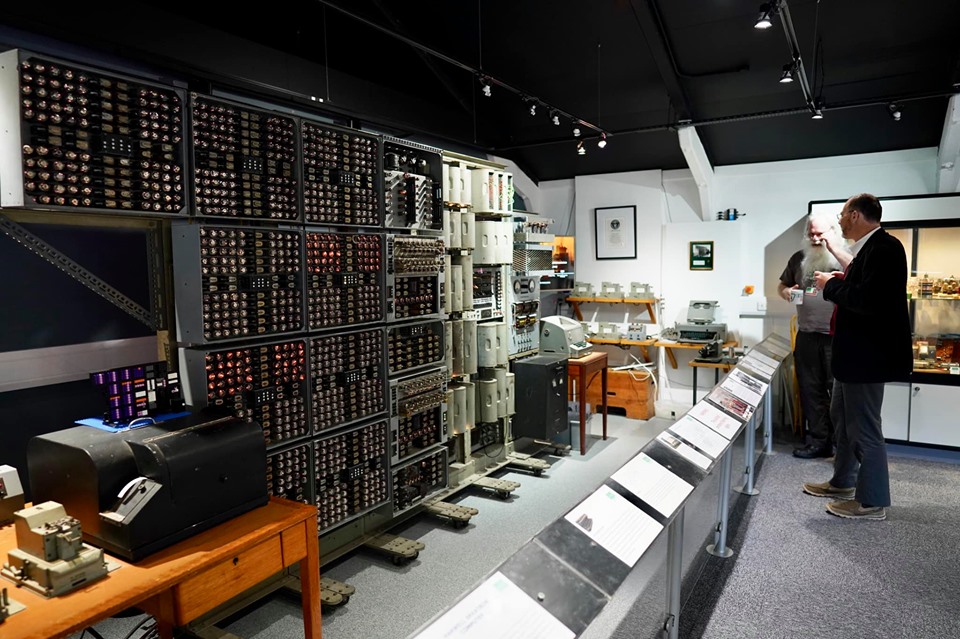 Above: Nick Berry looks at the WITCH, the oldest working computer.

GamesBeat: I guess those sorts of things are more meaningful when they know they got them from somebody.

Berry: You find, as well — you get shorter-tempered. Sometimes when something’s not going the way it should be, whether you’re arguing about the utility bill, or some stuff in the U.K. — normally I would yell about it. “You need to get this sorted out. I don’t have all the time in the world.” Sometimes you flip in a not so professional way because you get frustrated. I have other things to spend my time on, instead of wasting my time on silly little things. Time is a precious resource.

Other times it works in the other way. You just let things go. If someone angers you, pulls in front of you on the freeway — I don’t care anymore.

GamesBeat: It’s interesting to see how this makes you focus, and also maybe that there might be some lessons here for people. When you’re forced to decide what’s most important, to prioritize things, what comes out of that process?

Berry: I’m still learning. Some things you let go. Other things you get angry about. It’s hard because I want to make — my brother died of cancer when he was 16. I was only 14. My parents never told me he was dying. It was a bizarre thing. I was smart enough to realize what was going on, but they never explicitly told me that he was dying of bone cancer. Honestly, I was angry at my parents. “You could have told me.”

I decided, the day of my diagnosis, to tell my kids. You pull the bandage off very quickly. “I’ve got some terrible news to tell you.” We cried and hugged and all those things, but I wanted to be very open about it and let people know.

As you’ve probably seen on Facebook, I’m making fairly regular posts. The world has changed. Facebook is both private and not private. There are various different friends and family I call beforehand. “I’ve got some news to tell you.” But they have their own networks as well and they want to talk about it. At some point, they’re worried about betraying confidences about what’s going on. So I finally decided it would be easier to post on Facebook. The next stage, I’d post to Facebook and say, “Hey, this is what’s going on.” I’d put up regular updates. On my blog, I then put a posting about what’s going on.

Out of all the — friends and family, they’ll say “I’m terribly sorry” and all those things. But unsolicited messages from people I’ve never met before are the ones that cause me to have tears. I get two or three a day from people saying, “I saw your posting. You may not know this, but your blog inspired me to have a career in this.” Or, “I’m a teacher, and I use your blog in my class.” All the kids in the class would write little emails. “My teacher just told me about what’s going on. We’re terribly sorry. Wish you all the best.” These people all over the world you’ve never met before sending these messages, it tears me up more than my auntie saying, “We’re terribly sorry about the news.” 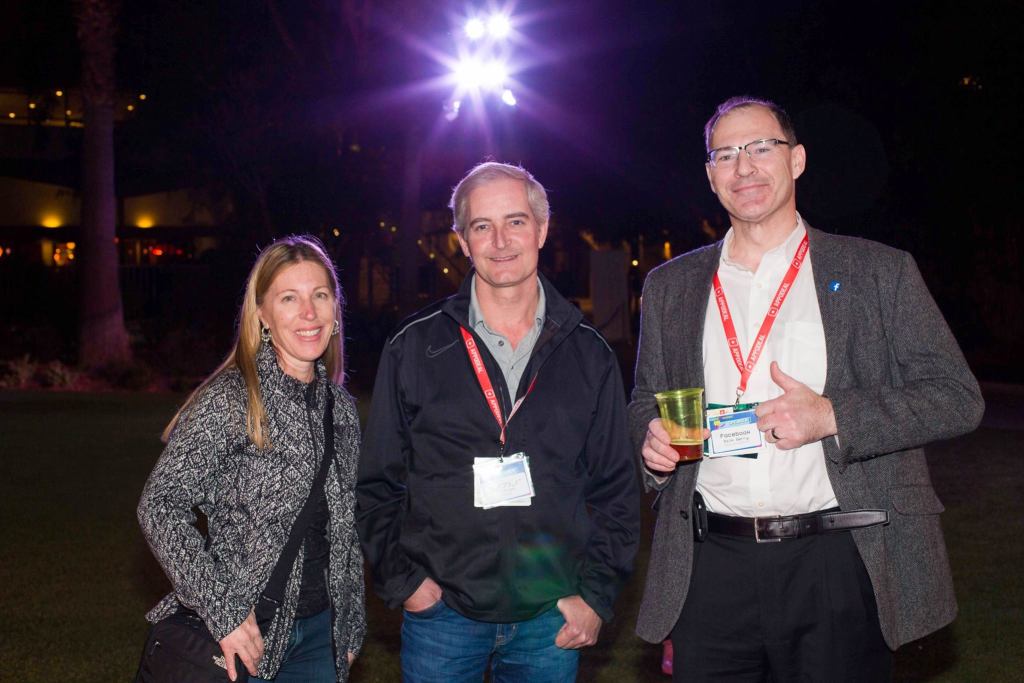 GamesBeat: I don’t know if “easier” is the word, but is there some resolve that comes from being able to share it with people?

Berry: I guess? I’m not sure. People generally want to know what’s going on, so I want to share as much as I can. It makes me feel better giving status updates and letting people know what’s going on. So yes, I think it does help. I’m going to continue to do regular little postings. Good turns, bad turns.

It also makes it — again, the benefits of the social network. It makes it easier when you don’t feel so compelled to respond. If someone sends an email saying, “Hey, Nick, what’s going on?” you want to respond to that. But by posting it into the cloud, then everyone in the thread comments and talks about things. You don’t have to acknowledge everything. You can give a thumbs up on something that’s nice. Everyone’s aware of what’s going on rather than having it individually, one-on-one. It’s a multi-cast rather than narrowcast kind of thing.

GamesBeat: Hopefully they’re respectful of your time, too.

Berry: That’s not so bad. It does make things easier because I can share when I’m going into treatment at different times, so people know not to bug me around those sorts of times.

GamesBeat: Or they tell you things that are important.

Berry: I’m going to start getting in a few more trips with the kids. Now that they’re back at school, it’s going to be harder to thread things in. The schools have been very good so far in helping out with things.

GamesBeat: Does it become harder to stay a data scientist when it’s about yourself?

Berry: No? I don’t know. In some ways, you feel as though you want to know, and at other times you don’t want to know. If I held an envelope in front of you and said, “This is the day you die,” would you open it up and look? When I go in, I kind of like the probability. “You have a 50-50 chance of making two years.” If they said I had two years, that would be another thing, but the 50-50 chance, I kind of like that. In some ways, I almost don’t want to know too much. Hope is one way to describe it.

The day I did the TED talk, Dr. Jim Olson did a talk the same day. He’s the guy who does the cancer paint. It’s based on scorpion venom. It’s for brain cancer. It reacts to ultraviolet light and makes all the cancer cells glow, so they can scrape out the bad bits. It’s fascinating stuff. One of the parts of his talk, he talks about how he’s always asked to tell the parents about what their kids have. He tells one parent, “Your kid has this thing. She’s going to die. There is no chance.” Because you always have to tell the truth. And these parents just collapse in front of him, which is normal, what these things do. 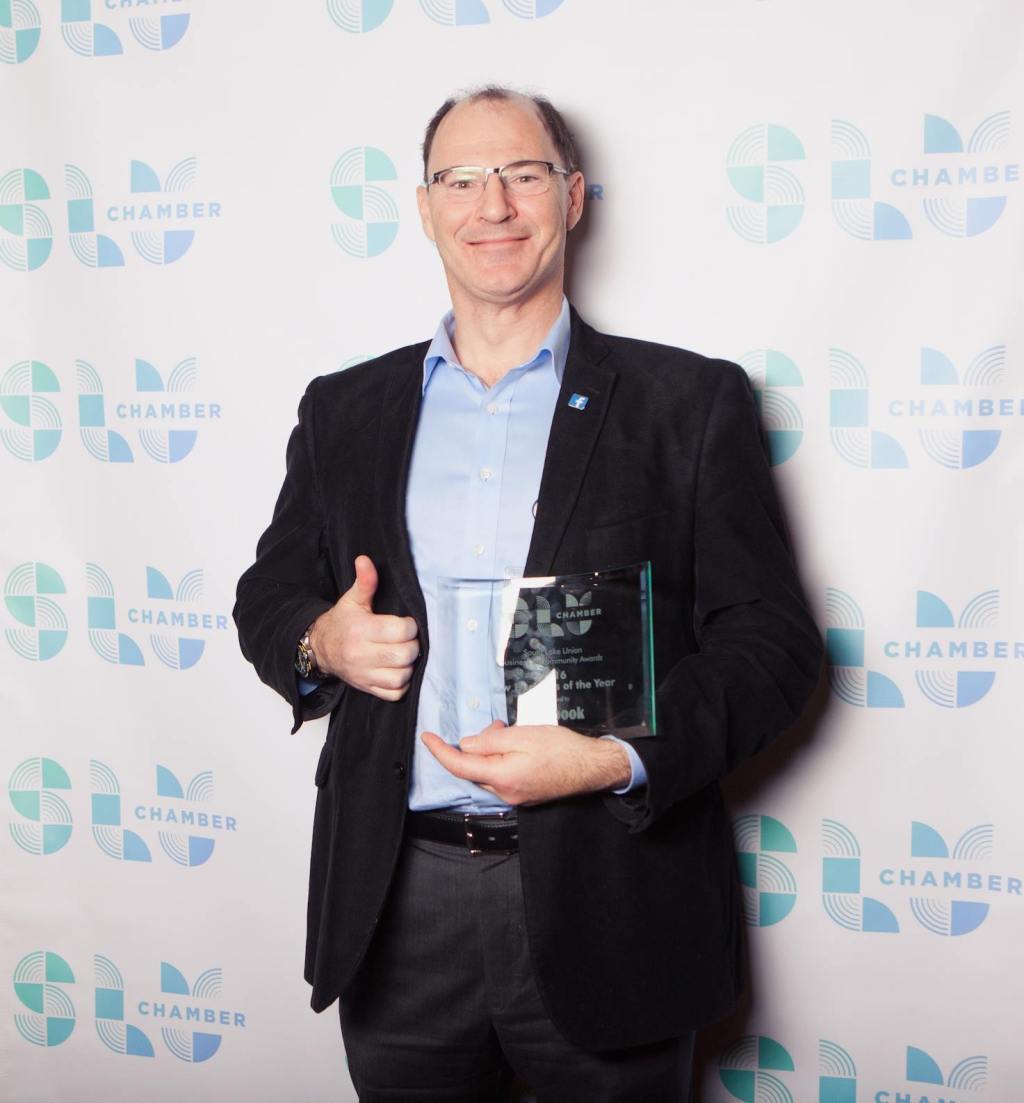 Above: Nick Berry is an award winner. At least in my book.

And one woman got up and said, “Don’t you ever say that. Don’t give me no hope at all. Give me some hope, even just a half percent.” And he said, “My goal in life is always to be able to improve the treatment so I can say to people, ‘There is a chance. It’s very small. But there is a chance. We’ve moved science enough to give you a chance.’”

It’s funny. I’m very jovial about it. As I say, I’ve gone through all the stages. I’m at peace. Every now and then I’ll get this — something will trigger off and I’ll cry and get upset. But most of the time I’m fine with it. You’re not going to put your foot in it by saying anything wrong. I don’t mind.

GamesBeat: I certainly hope you defy the odds, no matter what the data tells you.

Berry: I hope so too. Again, it’s weird. I had no knowledge of what was going on. If they hadn’t told me, I wouldn’t have known. That seems so bizarre. The downside is more the effect of the treatment. So at what point is the inflection going to happen? If the chemo gets me further and further down. At what point do I say, “Coming off the drugs will leave me with six months, but at least those six months will have a reasonable quality of life”? As opposed to six months of being nauseous and lying in bed being a pincushion. Am I going to get any value from that? That’s going to be the most important inflection point, the point where I decide I’m not going to have treatment anymore.

GamesBeat: It’s important to keep your mind as strong as it can be.

Berry: Coming to events like this, seeing friends and family, is helping, to do some normal things. I think about what I would have changed. If you knew you only had two years to live, six months to live, what would you do? Would you want to know?