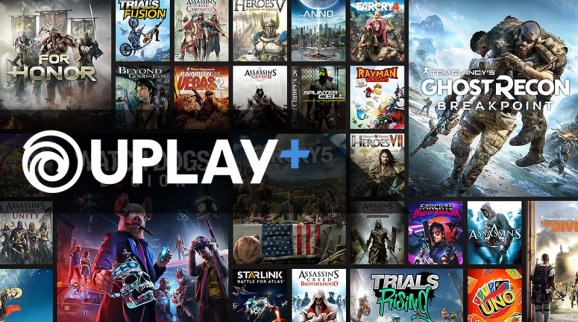 Ubisoft announced that its Uplay+ video game subscription service is now available for Windows PCs for $15 a month.

The service has a free trial lasting from September 3 to September 30, giving players unlimited access to download more than 100 games, including new releases, the latest games, back catalog, premium editions, and additional content packs.

Ubisoft will compete with other game companies such as Electronic Arts, Microsoft, and Sony to provide the “Netflix of games” for players, just as Disney is competing with Netflix to provide subscription movie services. Uplay+ will also be on Google’s Stadia cloud gaming service in 2020, but it’s not clear how both companies intend to charge players for subscriptions, as both services will charge customers.

Uplay+ subscribers will automatically get testing and early access programs for upcoming games, including the Tom Clancy’s Ghost Recon: Breakpoint closed beta, which starts on September 5 (they can start playing the Ultimate Edition on October 1 with a three-day early access privilege). Uplay+ subscribers will have access to a growing catalog of more than 100 Ubisoft games.

“We’re committed to providing players the freedom to choose how they want to access their favorite classic, new and upcoming games from our catalog,” said Brenda Panagrossi, the vice president of platform and product management, in a statement. “In September, PC players will have the opportunity to jump in and test out Uplay+ at no cost to experience the value for themselves.”