Jam City’s Harry Potter: Hogwarts Mystery is adding an update that will Quidditch to the popular mobile game.

Starting September 5, players will be able to play Quidditch, the sport where you try to score goals against an opponent while flying on a broomstick. Hogwarts Mystery debuted in April 2018, sending fans to wizarding school where they could navigate a fresh storyline in the Harry Potter universe.

This kind of upgrade is a major deal for fans, and it might be just the thing to draw attention back to Hogwarts Mystery. The much-ballyhooed launch of Warner Bros. and Niantic’s new game, Harry Potter: Wizards Unite (which is akin to Pokémon Go) has taken the focus off this older game. Harry Potter: Hogwarts Mystery has been installed more than 53 million times and has grossed more than $145 million globally since launch, according to mobile measurement firm Sensor Tower. 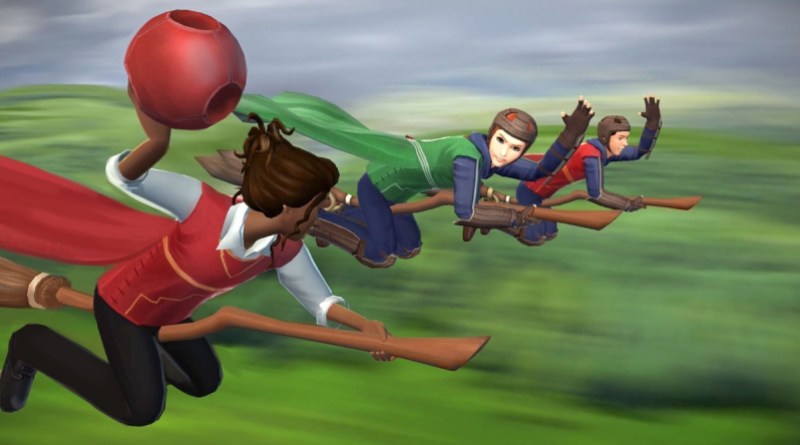 Above: Harry Potter: Hogwarts Mystery has a big update with Quidditch.

The new Quidditch feature is an ongoing, multi-chapter and multi-season adventure for players that have advanced to year two, chapter six and beyond of the game’s story. This new addition is the largest feature and content update since the game’s launch 17 months ago, and it has new storylines, areas, and more content.

“Quidditch is one of the most iconic parts of the Hogwarts school experience and something our players have been clamoring for,” said Michael Brozman, senior director of product at Jam City, in a statement. “We’ve added in a fun and challenging new skill-based mechanic alongside some very captivating characters who are new to the world of Harry Potter: Hogwarts Mystery. As a permanent fixture in the game, we couldn’t be more excited to bring this ongoing, multi-chaptered adventure to players, season after season.”

Season 1 of the new Quidditch adventure debuts on September 4 at 1 p.m. Pacific time. Players will be invited to participate in practices, known as “Quidditch Friendlies” in order to hone their skills. Throughout the seasons, players will unlock new moves – such as Parkin’s Pincer or a Quaffle pass – as they progress through the positions of Chaser, Beater, Keeper, and Seeker. Their ultimate performance in the Quidditch Cup Matches will determine their team’s success. Prizes include special brooms, house-themed face paint, and iconic Quidditch uniforms once they make the team.