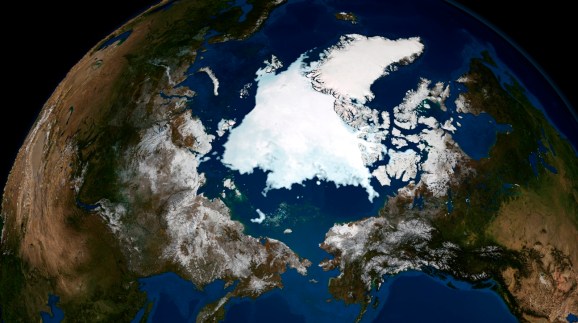 The London-based company, which closed a $1.25 billion funding round earlier this year, will be bringing “fiber-like” internet to the Arctic region from 2020 and plans to be the first to provide 100% coverage to the region.

Founded in 2012, the company is one of a number of startups bringing high-speed internet access to hard-to-reach regions by deploying hundreds of low-orbit satellites, though OneWeb gained first-mover advantage back in February when it launched six such satellites on a rocket from French Guiana. A few months later, Elon Musk’s SpaceX launched its first satellites as part of its planned Starlink internet service, and Amazon is planning something similar.

The new satellite infrastructure will complement existing ground-based technologies, such as fiber cables, to extend coverage. But it will also ensure “always-on” coverage during natural disasters while powering new technologies that require low-latency connectivity, like internet of things (IoT) devices and self-driving cars.

OneWeb’s new internet service promises 375Gbps of capacity for areas lying above the 60th parallel north, which is basically a circle of latitude 60 degrees north of the Equator that spans North America, Europe, and Asia.

The company is already building out the ground infrastructure required to make its satellites operational on Earth and is building antennas in both Norway and Alaska, where it plans to be operational by January of next year.

“Connectivity is now an essential utility and a basic human right,” said OneWeb CEO Adrian Steckel. “Our constellation will offer universal high-speed Arctic coverage sooner than any other proposed system meeting the need for widespread connectivity across the Arctic.”

One of the greatest remaining obstacles for tech giants targeting the “next billion” internet users is a lack of internet access, which is why companies are investing so much in the necessary infrastructure — including subsea cabling systems, solar-powered networking equipment mounted on balloons, and satellites. Earlier this year, Facebook announced a partnership with Viasat to bring satellite-powered Wi-Fi hotspots to rural communities, starting in Mexico. And Amazon launched AWS Ground Station to help its enterprise cloud customers access and manage data garnered from satellites.

While OneWeb’s commercial service is partly designed to help individuals and households get online, a big focus is on business endeavors, including advancing scientific research and governmental initiatives in the region, as well as aviation and maritime interests. The melting Arctic ice is expected to open up the far Northern hemisphere to new shipping routes, which means the region could become more of a trading thoroughfare.

“Connectivity is critical in our modern economy,” added Lisa Murkowski, U.S. senator for Alaska. “As the Arctic opens, ensuring the people of the Arctic have access to affordable and reliable broadband will make development safer [and] more sustainable and create new opportunities for the next generation leading in this dynamic region of the globe.”