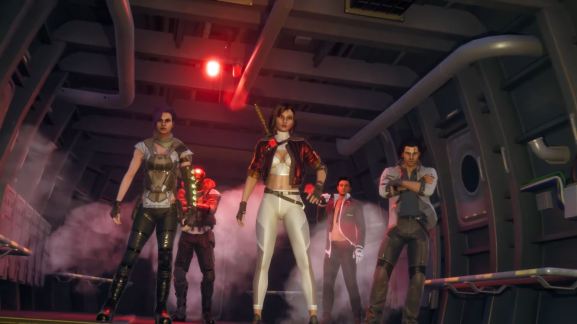 Rogue Company is the latest game from publisher Hi-Rez Studios. It’s a multiplayer military-style shooter from developer First Watch Games. And while Hi-Rez debuted Rogue Company during the most recent Nintendo Direct video event, it is coming to PC, Xbox One, and PlayStation 4 as well as Switch in 2020.

Hi-Rez, which publishes multiplayer online battle arena Smite, hasn’t shared a lot of information about Rogue Company. The trailer, however, makes it look like a team-based deathmatch shooter with a variety of weapons. And the game’s description on its trailer confirms a lot of that.

Here’s how the developer describes the game:

“As a Rogue Company mercenary, players will grab their weapon of choice and dive into iconic locations to compete online in various PVP game modes.”

And since this is a multiplayer game, you’ll probably want to play with your friends. But don’t worry about all getting it on the same platform because Hi-Rez has already confirmed for crossplatform support.

So everyone on Xbox One, PlayStation 4, Switch, and PC can play with one another.