The Steam PC gaming platform almost seems like something ancient at this point. I don’t mean it’s outdated or obsolete. Instead, Steam feels like it’s always been with us. It is how people played games before us, and it is how people will play games when we are all gone. And that’s why it’s so peculiar that Valve Software is planning to launch a major update for Steam this month.

On September 17, Valve will release a beta update for Steam that will introduce a completely revamped library. This is something the company has promised for a while, and now you will get a chance to see it for yourself.

One of Valve’s major goals with this update is something fans have requests for years: improved library discovery.

“A good library shouldn’t just be dusty shelves,” reads a Steam blog post about the update. “It has to be a fun place to explore and find whatever it is that you’re looking for. Whether you want to keep up to date about what’s happening with your games, find a game to play with your friends, or explore  what’s happening in your game’s community, your library should support you.”

Basically, Valve doesn’t want you to forget that you own a game. To that end, it’s introducing a number of new library features. Let’s break them down.

If you open Steam right now and go into your library, the experience is underwhelming. You have a list of games on the left, and then the rest of the page is a information about a single game. 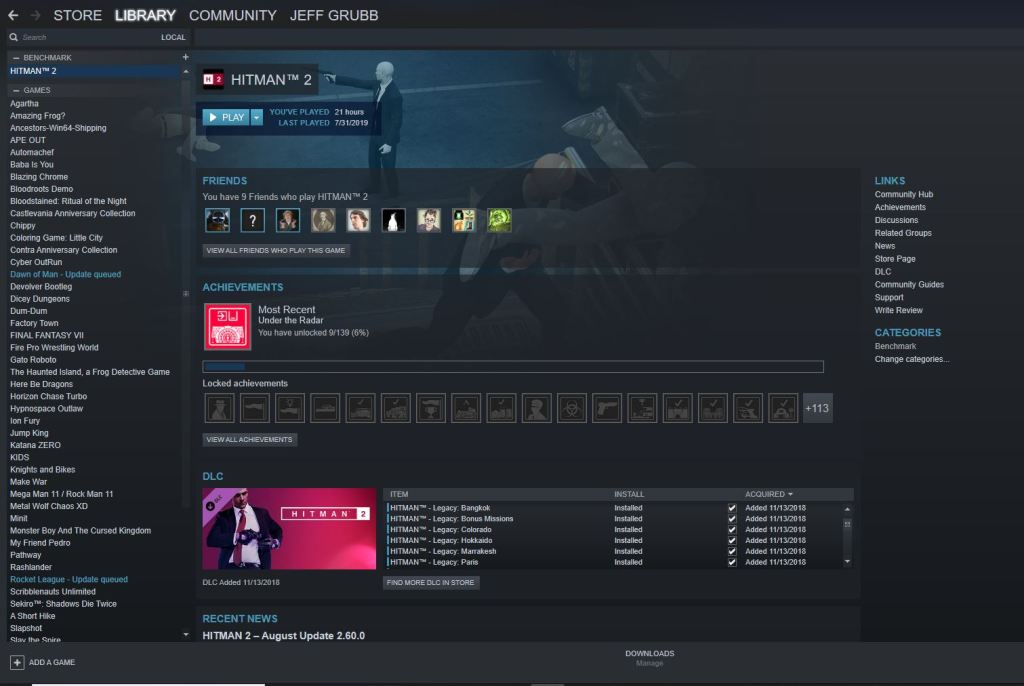 Above: Steam’s drab library has a lot of information that I’ve learned to ignore.

This is one of the reasons that I’ve enjoyed using Discord so much. That communication app has s a universal launcher for all of my games. But it also shows me info that I actually want to know, like which games my friends have spent time with recently. Now, Steam is going to begin surfacing similar information.

In the new Steam library, you’ll still have your list on the left. Now, however ,you will also get a new landing page. This will present to you several graphically rich categories. You have “recent games” but also “recent friend activity.” These “shelves” provide an easy way to see navigate your library at a glance.

Of course, you can also build your own shelves of games. If you want a category dedicated to your Sunday game night, you can create that. 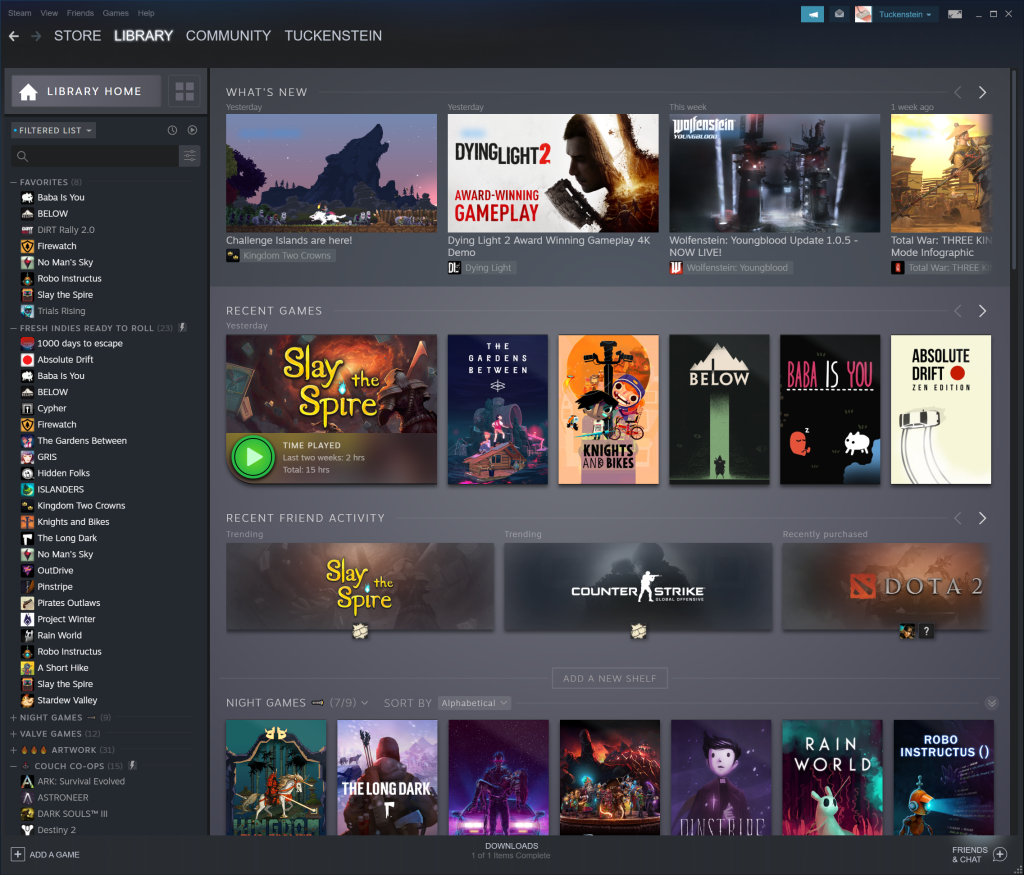 Above: The updated Steam library.

Developers can highlight their games in your library with Events

Valve is also introducing a new Events shelf with its library update. This enables developers to create posts about their games that will then roll out to multiple presentation points within Steam. Valve wants studios to use Events to inform players about updates and other new features.

These Events will show up in your library under the “What’s new” category. So now fans don’t have to go hunting for information about what is different in the latest patch for Wolfenstein: Youngblood. Machine Games can push its call-to-action where players are already looking.

These Events also don’t just go into your library. Steam will propagate them to the game’s store page and community hub as well.

Valve is competing by improving Steam

For the first time ever, it feels like Steam is facing some real competition. And while the obvious external threat might seem like the Epic Games Store, Valve is probably responding to a different competitor: Discord.

Sure, Epic is making deals to keep big games off of Steam, but the Fortnite developer is struggling to rival Valve when it comes to selling games. Yet, Discord has already largely usurped Steam as a social platform.

Discord has 250 million registered users. It has 56 million people logging in actively each month. That’s massive.

To compete, Valve already rolled out improved communications features for Steam. Now it is changing up its library to also keep pace.