FXhome said it made a significant update to its popular HitFilm Express, the free version of the company’s advanced editing, special effects, and compositing tool that has become popular for making game videos.

Users have downloaded the free version of the visual effects (VFX) tool 4 million times, and it is popular in video game circles as well as among content creators, filmmakers, editors, and VFX artists.

HitFilm Express 13 adds a number of features users have been asking for, including layer and track locking, masking from the timeline, support for cinematic 4K, and a slew of new workflow enhancements.

FXhome also announced today — as an accompaniment to HitFilm Express 13 — the FXhome Masterclass Game On, a series of Fortnite-themed tutorials designed to inspire gamers and the YouTube gaming community to create professional-caliber gaming videos.

In the Masterclass, gamers will learn how to record gaming footage, fix audio, add effects, and create unique branding for their YouTube channels. The FXhome team will be adding new tutorials to the Master Class for the next two weeks.

FXhome will also be giving away a free Gaming PC worth $1,500, courtesy of Advanced Micro Devices and Armari. Simply download HitFilm Express 13 and register between now and September 29, 2019, and you will be eligible to win this tricked out gaming workstation. 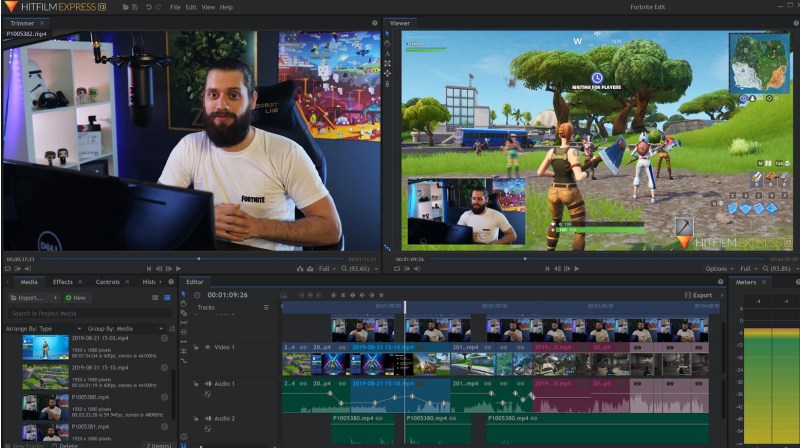 Above: You can use HitFilm Express 13 to make game videos.

HitFilm Express 13 delivers a number of new features to inspire the gaming community to amp up their YouTube channels and create professional-caliber content to help grow their audiences. 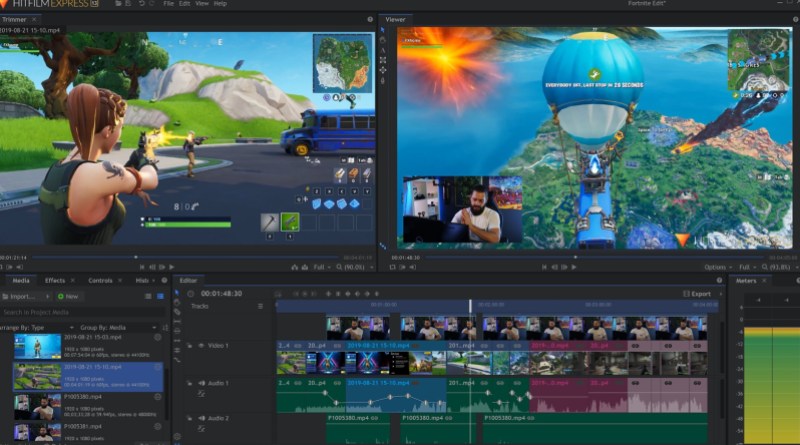 Above: HitFilm Express’ free version has been downloaded 4 million times.

To celebrate the launch of the Game On Master Class series, FXhome has teamed up with AMD and Amari to build a custom gaming machine from the ground up, loaded with specialized components optimized for the ultimate gaming experience.